Caught Red-handed • The Opposite of a Midas Touch • I’m Darker than That! 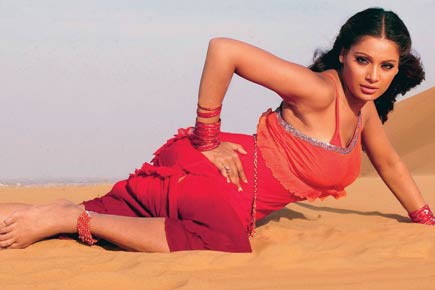 Caught Red-handed • The Opposite of a Midas Touch • I’m Darker than That!

One afternoon, the actress was reportedly discussing her career with Joffe, who is familiar with Hindi films, having worked with Shabana Azmi and Om Puri, and having spent some time in India researching the new movie and auditioning actors for it. Speaking of the last blockbuster she’d been in, Bipasha explained the premise of Abbas-Mustan’s twisted 2008 thriller Race, in which she starred with Saif Ali Khan, Akshaye Khanna, Katrina Kaif and Anil Kapoor.

The plot, reportedly, felt familiar to Joffe who interrupted Bipasha midway through her narration and volunteered to predict the story from that point on. Bipasha was surprised that the filmmaker could chart the story down to the last detail, but not as surprised as Joffe was! An eye-witness on the set says the British director had turned a new shade of crimson. He had, after all, just realised the film Bipasha was talking about had been shamelessly plagiarised from one of his own.

Turns out Bollywood’s serial plagiarists Abbas-Mustan had stolen the entire plot and screenplay of Race from the 1999 Hollywood thriller Goodbye Lover, that Joffe himself happened to have directed. The original starred Patricia Arquette as a woman married to the brother of her lover, the part Bipasha played in the desi knock-off. Joffe, allegedly, was surprised that the director-duo stole even his supporting characters including a snack-munching detective, played by Ellen DeGeneres in the original, the part Anil Kapoor took in Race.

Embarrassed, Bipasha is believed to have told friends she didn’t know where to look. But the director reportedly made her feel comfortable again by laughing off the matter. He did, however, ask if he could borrow a DVD of Race from her!

The Opposite of a Midas Touch

At least two forthcoming films with Akshay Kumar as the lead actor, may be delayed, or scrapped completely. After impressive opening weekend numbers (Rs 37.5 crore), his latest film Tees Maar Khan crashed to a dismal Rs 4.5 crore on Monday, and is showing a steady decline. Delivered at a budget of roughly Rs 73 crore, trade pundits say the film is likely to lose at least a few crore for producers UTV.

Tees Maar Khan is likely to be the actor’s third expensive dud in 2010, following washouts Khatta Meetha and Action Replayy. Two studios currently in pre-production on Akshay Kumar comedies have reportedly asked the star to take a significant pay cut if the films must go on the floors on schedule. They’ve also allegedly asked the directors of both films to spend a little more time polishing the scripts, as comedy has been failing the star lately.

Meanwhile, his next release Patiala House, slated for a February release, could bear the brunt of his release failures. Distributors have been asking to renegotiate prices that were agreed upon, and even the channel that volunteered a handsome sum for satellite rights wants to revise the numbers, apparently.

Ironically, the star himself has been shrugging his shoulders helplessly and insisting that despite several experiments on his part, lady luck has ditched him.

If only someone would explain to him that it’s safer to stick to good comedies (if that’s where his strength lies), than try his hand at ‘bad experiments’ like Nagesh Kukunoor’s harebrained psychological thriller 8 x 10 Tasveer, the indecipherable action comedy Tashan, the adventure flick Blue, and the uninspired animation film Jumbo.

I’m Darker than That!

Tabloid stories insist that a leading Bollywood actress who appeared on the cover of a popular fashion glossy recently is mad at the publication for allegedly “whitening” her skin in the cover photo. Support groups and fans throughout the globe have been demanding an explanation and apology from the magazine, but sources reveal the pictures are untouched, and in fact, were approved by the actress herself before going into print.
A stickler for perfection, the actress famously demands that magazine photo-shoots and advertising print campaigns be shown to her for approval before final publication. In the past, magazines that have refused to comply have been told she will not work with them!