The defence sector needs the attention of Modi the moderniser, now 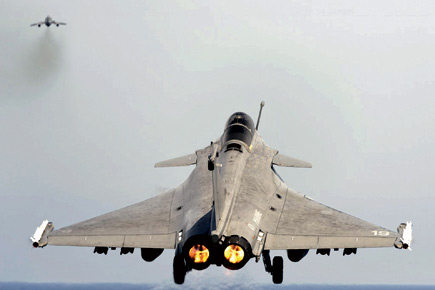 The defence sector needs the attention of Modi the moderniser, now

Once again, the Indian defence sector is raising global expectations. Once again, India is beginning to be courted as a lucrative market for defence supplies. Once again, global vendors and foreign leaders are vying with each other to get the first mover advantage. But there have been so many false starts in the past that it would need some serious effort by the Narendra Modi Government to convince its external interlocutors that this time, unlike the past, the deals won’t be a damp squib.

Prime Minister Modi and his Defence Minister Arun Jaitley have underlined the urgent need to reform India’s defence procurement policy. Jaitley has been given charge of two important portfolios—Finance and Defence—underscoring a recognition in the highest echelons of the Modi Government that, unlike the previous two decades, in the coming years India will have limited resources to spend on defence. At the same time, Indian armed forces are facing critical shortages.

The Indian Army urgently needs new field artillery, with some reports even suggesting that it may not even have sufficient reserves to sustain a full-fledged war for 20 days. The Indian Air Force has repeatedly expressed concern about the obsolescence of its ground-based air defence systems. The Indian Navy’s depleting submarine fleet poses its own set of challenges with just 13 conventional diesel-electric submarines, 11 of which are 20-27 years old. Army chief General Bikram Singh is reported to have told Prime Minister Modi about the “critical hollowness” afflicting the Army after a decade of missed deadlines for procurement of the wherewithal to face war. It will be a delicate task to manage an Indian defence modernisation programme, a priority of the Modi Government, during a time of slow economic growth.

Modi has emphasised the importance of upgrading Indian weaponry repeatedly, with an aspiration to turn India into a defence manufacturing hub, rather than being the world’s largest arms importer.

Jaitley has acknowledged that defence modernisation had ‘slowed down’ in the last few years, and said that providing the required equipment to the armed forces in a speedy manner would be the top priority of the Modi Government. The BJP manifesto had talked of ‘FDI in selected defence industries’ with a focus on jobs and asset creation, besides increasing private sector participation in the defence sector. In line with this overall sentiment, the Department of Industrial Policy and Promotion (DIPP), has circulated a note to the Cabinet to raise the FDI cap in defence to 49 per cent without technology transfer and beyond that with technology transfer. It calls for a 74-per cent cap in cases where the investor is willing to share technology and for allowing 100 per cent FDI in manufacturing of state-of-the- art equipment. Foreign investment in the Indian defence sector is necessary to improve India’s defence preparedness as well as to reduce the dependence on imports.

With the world’s fourth largest military and one of the biggest defence budgets, India has been in the midst of an ambitious plan to modernise its largely Soviet-era arms since the late 1990s—one that has seen billions of dollars spent on the latest high-tech military technology—as it started asserting its political and military profile in South Asia and the Indian Ocean region. In line with India’s broadening strategic horizons, its military acquisitions have also seen a marked shift from conventional land-based systems to a means of power projection, such as airborne refuelling systems and long-range missiles. India has been busy setting up military facilities abroad, patrolling the Indian Ocean to counter piracy and protect crucial sea-lanes of communication, and also demonstrating a military assertiveness hitherto not associated with it.

Yet, most of this has happened in a context where India’s dependence on external actors in the defence sector is at an all-time high. Drastic steps are needed as the bill for Indian defence imports is estimated to reach $130 billion over the next seven years even as homeland security purchases are likely to cross $110 billion. Though in the mid-1990s India was convinced that the indigenous content of weaponry would increase from 30 to 70 per cent by 2005, the nation still continues to import more than 70 per cent of its defence requirements from abroad. Today, India buys $8 billion worth of defence equipment from foreign manufacturers every year, even as the story of the domestic state-run defence industry has been largely one of gross inefficiency, incompetence and failure. The performance of the Defence Research and Development Organisation (DRDO) has been abysmal because of lack of any accountability, and the Indian armed forces have not had a reliable experience of working with DRDO-made armaments. Given its significant budgetary resources—in the context of a developing nation—it seems to have failed in delivering quality output. Most of its key projects have either not been completed on time or have resulted in huge cost overruns.

India has not been successful in attracting FDI either, with a measly $4.9 million coming into India since FDI was first allowed into the defence sector back in 2001—the lowest in any open sector.

When the UPA Government tried to increase the FDI limit from 26 per cent to 49 per cent, the then Defence Minister, AK Antony, was steadfast in his opposition, arguing that this would make India dependent on foreign companies and vulnerable to the policies of their countries of origin on a long-term basis. This is a strange argument to make in a country that is already importing most of its critical weapon systems from abroad. The real reason, perhaps, was Antony’s desire to not rock the boat, which has been the hallmark of his time in the government, making him one of the worst defence ministers India has ever had. He neither managed to bring transparency to the moribund procurement system, nor provide a strategic direction to the country’s defence planning.

The Indian corporate sector has been a house divided on the issue of FDI in the defence sector. Initially supportive of FDI— including no caps on investment—the Federation of Indian Chambers of Commerce (FICCI) has been changing its tune, suggesting that it is unlikely that technology transfers will be guaranteed by this move. The Confederation of Indian Industry (CII), meanwhile, has argued that FDI over 49 per cent should only be allowed on a case-to-case basis and, that too, only with technology transfers. Despite the fact that it doesn’t have the capability, the Indian private sector is apparently raising the bogey of ‘a level playing field for the domestic industry’ in order to scuttle the move to bring foreign companies in.

There is an urgent need to strengthen India’s weak military manufacturing base by expanding private sector participation. This can be done by raising the FDI cap in the defence sector and by encouraging joint ventures between domestic and foreign defence firms. India’s modernisation programme and the desire of external actors to tap into the new market should be an impetus for reforms. Notoriously slow bureaucratic processes will need to change if India wants to reach Western markets. Changes have been slow in implementation because some institutional interests are so entrenched in government policy that it is nearly impossible to break the inertia.

An external force might just be the impetus India needs. These external forces might come in the form of a backlash from Western industries over the slow, tedious contract process. The US and Europe have made it clear they want to sell to India, but the current structure of the procurement process will only be tolerated so far. Eventually, someone might walk away. India can certainly emerge as an attractive destination for foreign firms to set up manufacturing facilities for global defence markets. This will in turn lead to high-technology coming into India with cascading effects across multiple sectors. But even an increase to 49 per cent FDI may not be lucrative enough for global investors. As a result, the Modi Government will have to go for a game- changing formula, one that not only enhances India’s credibility in the eyes of global vendors but also encourages the Indian private sector to participate more fully in a wide range of defence industries.

For this, domestic political leadership is needed. The Indian Government has, over the years, failed to demonstrate the political will to tackle the policy paralysis in defence that seems to be rendering all claims of India’s rise as a military power increasingly hollow. There has been no long-term strategic review of India’s security environment, and no overall defence strategy has been articulated. The challenge for the Indian Government is to delineate clearly what products they need, and how to build up our own industry in the process by significantly reforming the domestic defence manufacturing sector. In the absence of a comprehensive, long-term appraisal of the country’s defence requirements, there will be little clarity on India’s real acquisition needs. And India’s rise as a major global player will remain merely a matter of potential.

Indian defence policy remains dysfunctional in large part because of mismanagement by the bureaucracy of the Ministry of Defence. It is now up to the Modi Government, with its huge mandate, to provide some strategic direction to Indian defence policy.