Between a Rock and a Soft Place

Between a Rock and a Soft Place | Racy Stuff | HairSay 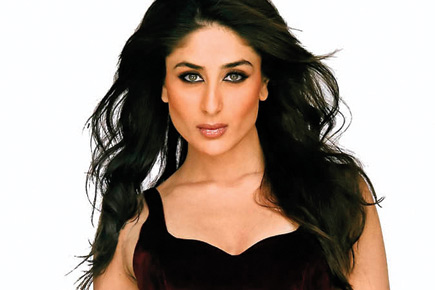 Between a Rock and a Soft Place | Racy Stuff | HairSay


Between a Rock and a Soft Place | Racy Stuff | HairSay

Aamir Khan has decided he wants Kareena Kapoor opposite him in his next film, a thriller to be directed by Honeymoon Travels Pvt Ltd’s Reema Kagti that he begins shooting next March. Kareena, understandably, is over the moon. But, as luck would have it, her diary’s looking packed. Between now and June next year, Kareena is committed to completing three films. The first is Shorcut Shaadi opposite Imran Khan—a rom-com allegedly inspired by the Ashton Kutcher-Cameron Diaz starrer What Happens In Vegas—that she begins filming later this month in Las Vegas. There are two final schedules of her boyfriend Saif Ali Khan’s ambitious spy-thriller Agent Vinod. And there’s also the Salman Khan action flick she recently signed, a remake of the Malayalam hit, Bodyguard.

With Aamir set to film his next from March onwards, Kareena can’t seem to figure out how she’s going to squeeze that film into her choc-a-bloc diary. Rumour has it she’s begged everyone from Karan Johar (who’s producing Shortcut Shaadi) and her beau Saif to good friend Salman Khan into postponing their shoot so she can accommodate Aamir’s film, but she isn’t having much luck.
Salman can’t reschedule his shoot because his film’s already been locked for an Eid release in August. Johar can’t delay his schedule because Imran doesn’t have dates later. And Saif’s hands are tied because he’s already hired a Hollywood stunt director to fly in to shoot his expensive action scenes on those dates.

The only solution seems double shifts. Kareena’s reportedly volunteered to shoot the Salman film and Aamir’s thriller simultaneously. But one hears Aamir wants Kareena to be committed exclusively to his film during that period. Friends have apparently advised Kareena not to be greedy, and to give up the Aamir film. But it seems the only other reason she’s so keen to hang on to the project is because Aamir’s second choice for the role is between Priyanka Chopra and Katrina Kaif—both her arch rivals!

Only Saif Ali Khan and Anil Kapoor will reprise their roles in Part Deux of the 2008 hit Race, while Akshaye Khanna and Bipasha Basu have been dropped. Jolly producer Ramesh Taurani, in fact, approached Bipasha to film a death scene to explain her absence, but the actress is believed to have given him a look that sent him scurrying.

The makers were keen to have Katrina Kaif return, but the actress wasn’t interested in doing a multi-heroine project, apparently. Kareena Kapoor was approached too, but didn’t have the dates, making way for Priyanka Chopra and Deepika Padukone who may be on board now.

Among the male leads, the only addition is John Abraham, who steps into a bad-guy role. Gossip mongers are already speculating that it’s going to be a difficult shoot, what with Saif and John facing off. Both men have been uncomfortable in each other’s presence since John’s girlfriend Bipasha rumouredly hooked up with Saif while on a break from her boyfriend a few years ago—and before Saif himself started seeing Kareena. When I asked Bipasha teasingly if it’s going to be awkward for the two men, she sportingly joked that their tension might work for the film: “They spend the whole movie trying to kill each other anyway!”

He’s Bollywood’s most credible actor, and a superstar who’s delivered two back-to-back blockbusters that made box-office history. Last week, he was missing at an event to unveil the first trailer of the new film he’s produced, directed by his missus.

The debutant filmmaker joked she’d asked her husband to stay home because she didn’t want the focus to be diverted from her film. But sources say it’s going to be a while before the actor makes a public appearance. Apparently, he’s shaved his head and is sporting a silver stubble. And though he’s telling friends this is a look for his next film, a reliable source insists he’s shaved his head for a hair-weaving surgery. Less than a year ago, the 45-year-old star is believed to have got the bags under his eyes excised at a clinic in Dubai. Inspired by his results, at least two other leading male stars reportedly made appointments at the same clinic.

And you thought vanity was only a woman’s vice?

Rajeev Masand is Entertainment Editor and film critic at CNN-IBN