Sri Sri Ravi Shankar is the latest phenomenon in Indian politics. His brand of spirituality doesn’t cater to the mass market, as Baba Ramdev’s does 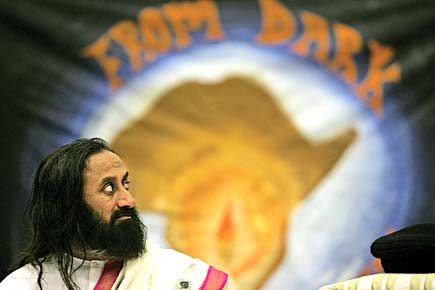 
The pretence of high-minded spirituality has always aided the pursuit of power in India. The BJP has harnessed sadhus and sants in great numbers. The Congress has done the same, and, for good measure, has thrown in mullahs and maulvis as well. In Punjab, the Akali Dal has adopted all manner of subterfuge to disguise its overt religious thrust.

Sri Sri Ravi Shankar is the latest phenomenon in Indian politics. The Sri Sri brand of spirituality does not cater to the mass market, as Baba Ramdev does. His Art of Living Foundation has an upper middle-class constituency. It is among those who work in corporates, those who despise the ritualism of organised religion that he finds his followers. They do not seem to have realised that his recent forays into politics betray an ambition no less mundane than that of any politician.

Sri Sri recently travelled to Sri Lanka and, on his return, met AIADMK chief Jayalalithaa. She now says that thanks to the briefing provided by her spiritual mentor, she has started espousing the cause of Tamil separatism. If matters were so simple, this intervention could have been excused. But this happened in the middle of a national election and involves the formation of a new government. There is enough reason to believe that Jayalalithaa had already arrived at this decision, and Sri Sri just provided the pretext.

Almost in conjunction with their meeting, the BJP asserted that it is the only party that can deal with the ‘Lankan’ problem. As if backing its claim, Sri Sri stated that India had committed a big mistake on the Lankan issue and the Tamil people felt let-down by Indians. He went on to wonder why the Indian Government had deputed a person who didn’t know Tamil as the high commissioner to Sri Lanka.

If this seems like reading too much into a ‘humanitarian’ intervention, consider this. During the Gujjar agitation in Rajasthan, it was Sri Sri who mediated between Vasundhara Raje and Kirori Singh Bainsla. Coincidentally, Bainsla is now fighting polls on a BJP ticket. Or take his letter to LK Advani. According to his website, ‘Sri Sri has lauded Advani’s move to bring back Rs 74 lakh crore Indian black money from Swiss banks.’ It adds, ‘The role of spiritual leaders in track-two diplomacy with India’s neighbouring countries cannot be underestimated.’

The question here is not whether Sri Sri is helping one political party or the other, but if he is helping any party at all. He has become a political powerbroker. The spiritual realm should have little room for divisions of creed or community, leave alone demands for a homeland. But then, it seems that the temptations of power in this world have a pull of their own.