An Ode to the Moon

It’s that one and only in the night sky that inspires us in ways nothing else does. 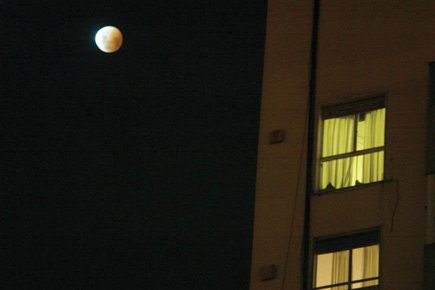 It’s that one and only in the night sky that inspires us in ways nothing else does.


This is our first anniversary issue, and it’s a special issue on the theme ‘One and Only’, celebrating the uniqueness of various facets of Indian life. In that vein, my topic is something unique to earth itself. The moon.

So what’s unique about the moon? Jupiter, at last count, had 62 of them. Saturn has 33. Even Mars has two. Besides, what about the sun? That’s also unique to the solar system; after all, we have only one of it. But the moon is the only natural satellite our planet has, and we share the sun with eight others (or seven, if you believe some astronomers). All other planets, other than Pluto (one), and Mercury and Venus (none), have multiple moons, so those moons have company. The earth and its moon have no one else as companion.

That’s why the moon figures in the mythologies of all civilisations as so much more a benign entity/god than the sun. And both genders. Greek goddesses Selene and Phoebe, and their Roman equivalents Luna and Diana, are female. Male lunar gods include Nanna or Sin of Mesopotamia, Mani of the Germanic tribes, Thoth of ancient Egypt, and the Japanese god Tsukuyomi. In Hinduism, he is Chandra, the lord of plants and vegetation. He is described as young, beautiful, fair, two-armed and with a club and lotus in his hands. He rides his chariot (the moon) across the sky every night, drawn by ten white horses. But other than this, his principal role appears to be in being swallowed by the asura Rahu to create what we heathens refer to as the ‘eclipse’. But since the clever Vishnu cut Rahu in two at his throat, the moon invariably pops out his gullet and continues on merrily.

And no one is really 100 per cent sure how the moon was formed. The currently popular hypothesis is that a Mars-sized asteroid crashed into the young earth, blasting massive amounts of material into orbit around earth, and all this material then came together to form that nice friendly sphere we see smiling at us every night, both a benevolent watchdog and a poignant child torn away from its mother. But there’s no consensus. Most Indian infants, whatever the language they would grow up to speak,  have been put to sleep by their mothers and grandmothers singing lullabies involving Chandamama and his various equivalents. Has anyone ever heard of a noontime serenade? It has to be moonlight. What an idiot Romeo would have seemed (if we set aside the practical problem of high visibility and the minor matter of what the Capulets thought of the Montagues) if he stood under Juliet’s balcony at 11.30 in the morning and started babbling about bright angels and wing’d messengers of heaven! (Though Romeo was ungrateful anyway, for he compares Juliet to the sun, and asks her to ‘kill the envious moon/ Who is already sick and pale with grief’. This boy had it coming.)

Has anyone ever thought the sun was ‘made of a greene cheese’, as a British writer wrote in the 16th century (here ‘greene’ means ‘not aged’)? One of the first feature films made was the French A Trip to the Moon (1902), written and directed by Georges Méliès, a silent movie loosely based on the Jules Verne novel From the Earth to the Moon. Tintin, Haddock and Thomson and Thompson have been to the moon, as have countless other characters from literature, cinema and TV. We don’t see that sort of interest in the sun, do we?

But of course, as we all know, there is a dark side to the moon. It has always been associated with lunacy. If your blood is tainted, moonrise can turn you into a werewolf. Count Dracula and his undead cohorts can operate only by moonlight. But then, nobody’s perfect, right?

I’d rather quote American poet e e cummings: ‘who knows if the moon’s/ a balloon,coming out of a keen city/ in the sky—filled with pretty people?/ and if you and i should/ …why then/ we’d go up higher with all the pretty people’ into a keen city where ‘always/ it’s/ spring and everyone’s/ in love and flowers pick themselves’.