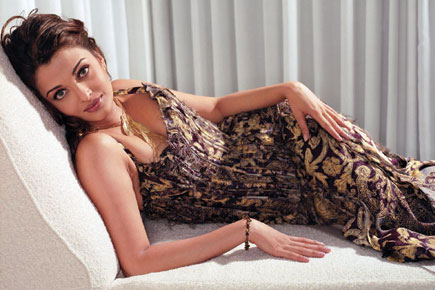 
You can’t expect to be taken seriously in Bollywood if you don’t know how to throw a tantrum. Luckily for Abhishek and Aishwarya Bachchan, they have some practice! Reliable sources reveal the couple drove the organisers of a recent awards ceremony nuts with their crazy demands. Taking full advantage of the fact that international guest John Travolta had expressed a desire to meet the former Miss World, the actress and her husband are believed to have laid down an impossible list of conditions in exchange for attending the event. Not only did they insist on knowing the entire guest list, the seating arrangement and the flow of the event well in advance, they also refused to pull into the venue and step onto the red carpet before other celebrity guests were seated.

Once there—fashionably late—Abhishek and Aishwarya worked the red carpet, doled out crisp, rehearsed bites to fawning camera crews and settled down comfortably at their table, a safe distance from the one that seated Priyanka Chopra and Ranbir Kapoor.

Aishwarya was invited to present the award to Travolta, and both she and Abhishek received an award each themselves. But they were upstaged by Aamir Khan, a rare sight at award ceremonies, who received his Icon Award from Travolta, who said he was familiar with Aamir’s work and was particularly a fan of Lagaan, which he’d voted for when it was nominated at the Oscars. Travolta also pledged to support Peepli Live when the actor-producer embarks on his Oscar campaign in Los Angeles shortly.

Clutching their trophies, Abhishek and Aishwarya sportingly posed for the shutterbugs on their way out. It was Aamir, though, who was invited to spend some private time chatting with Travolta.  You can’t argue with an Oscar nomination.

Story goes, Shahid Kapoor has been begging Vishal Bharadwaj to make a sequel to Kaminey. The director, apparently, is dead against the idea.

Shahid, who delivered a spate of duds in the wake of that delicious black comedy, is believed to be upset Vishal didn’t cast him in Saat Khoon Maaf, the follow-up to Kaminey, taking on board his rivals John Abraham and Neil Nitin Mukesh instead. If sources are to be believed, Vishal has enough reason to never want to work with Shahid again. Apparently, the actor repeatedly clashed with Vishal during the making of Kaminey. During the shoot for a street song in which Shahid’s character, a member of a socially aware group, distributes condoms in red-light areas, the actor refused to wear a condom headgear. Vishal explained it was integral to the film since the group demonstrated the benefits of safe sex through song. But the actor wouldn’t budge. Eventually, Vishal gave up and asked Shahid to join in the song nonetheless. Sensing he’d ruffled Vishal’s feathers, Shahid agreed to sport the headgear, but only fleetingly. The damage, though, had been done. Vishal swore he’d never work with Shahid again. Don’t hold your breath for Kaminey 2.

He’s easily the most respected actor in the business; he’s also the star who’s given Hindi cinema its biggest hit ever. His salary per film is reportedly in the region of Rs 25 crore, but when it comes to paying the people who work for him, his street cred is shaky.

Recently, the actor’s personal security assistant requested a raise since he was to be married shortly and hadn’t had a hike in a year. The actor dismissed the request saying he didn’t get involved in staff salaries. He referred the assistant instead to his trusted chartered accountant, who in turn haggled before handing out a measly increase.

In the actor’s defence, he did attend his assistant’s wedding in a far-flung suburb. But never once enquired, before or after, if he was content with the raise.