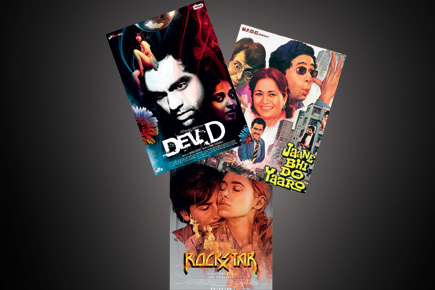 
Two weeks ago, Imitiaz Ali sat down on the steps of Cinemax theatre in suburban Mumbai at 1 am and spent approximately three hours debating the merits and flaws of his new film, Rockstar, with 20 to 30 cinema lovers. According to a post on the movie blog moifightclub.wordpress.com, the director chatted about everything, from his choice of heroine (the bland Nargis Fakhri) to the controversial decision to blur the Tibetan flag.

The evening came to pass because Anurag Kashyap, Imitiaz’s friend, fellow director and ardent Rockstar champion (he called it this generation’s Pyaasa), bought tickets for 10 viewers who didn’t like Rockstar, with the guarantee that a second viewing would convert them. It didn’t, but the evening underlined the incredible atmosphere of support, openness and creative collaboration that thrives in pockets of Bollywood today.

Anurag and Imitiaz have known each other since they were students in Delhi.  Both had a similar career trajectory: they came to Mumbai, struggled and eventually became leading directors without becoming rivals. In a 2008 interview with Tehelka, Imitiaz talked about his filmmaker friends (Anurag, Shivam Nair, Sriram Raghavan and Sudhir Mishra). He said: “We see each other’s films, we critique each other’s work in progress.” And remarkably, they are unafraid of each other’s success—there were media reports that Vishal Bhardwaj was so excited by Anurag’s Dev.D that he wanted to hold a press conference just to talk about it.

Post Dev.D, Anurag became the poster boy for Hindie cinema. He used his new-found clout to mentor a generation of directors—from Bejoy Nambiar, who made Shaitan, to Vikramaditya Motwane, who bagged a slew of awards for his debut film Udaan. Two weeks ago, Anurag, Vikramaditya, director Vikas Bahl (Chillar Party) and producer Madhu Mantena (Ghajini) launched Phantom, a production company devoted to nurturing new talent and making different films. At the press meet, they spoke of “a culture of collaboration”. Vikramaditya said, “Each one of us is a sounding board for the other. There are no hierarchies here. It’s an equal partnership.” (Phantom seems to echo Cha Cha Cha, a production company launched by three of Mexico’s most successful directors: Alfonso Cuaron, Alejandro Gonzalez Inarritu and Guillermo del Torro).

This isn’t how movies used to be made in mainstream Bollywood. In the 1990s, when I first started reporting on the industry, lines were pretty firmly etched. Leading filmmakers and production houses were competitors, not collaborators. Movies were closely guarded secrets—directors like Aditya Chopra didn’t show a frame of film to anyone outside the unit. There were camps and little sense of a shared endeavour. Madhuri Dixit recently said to me, “I think there was a lot of competition before because nobody praised anybody. Except Rekhaji or, once in a while, Hemaji.  I see the changes. Today people are more open. Actors come to watch each other, like Priyanka called me for her trial of 7 Khoon Maaf. There is more camaraderie—people don’t look through each other.”

Collaboration comes from a sense of security, a shared passion and perhaps the belief that they will make a difference. The atmosphere today seems to echo that of the art house movement in the late 1970s and early 1980s, when Vidhu Vinod Chopra (who I am married to) and Sudhir Mishra worked as line producers on Kundan Shah’s Jaane Bhi Do Yaaro because the low-budget, chaotically shot film desperately needed it; when Kundan helped Vinod script his first film, Sazaaye Maut; when Vinod directed a single-shot song in Saeed Mirza’s Albert Pinto ko Gussa Kyoon Aata Hai. Years ago, the legendary editor Renu Saluja, who was a key creative force in this group, told me, “We really thought we were going to change the world.”

In many ways, they did.  And I am hopeful that the current lot of filmmakers will do the same. After all, openness, criticism, collaboration and support can only lead to better films.