A Not So Considered Opinion 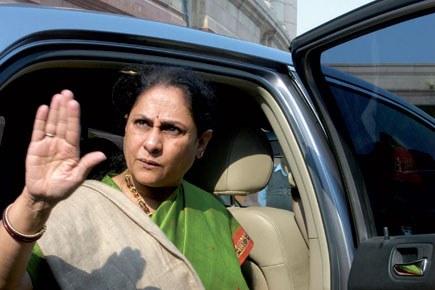 
An interesting aspect of Jaya Bachchan’s personality was revealed to us last week—she is compassionate in the general and unforgiving in the particular. This we know by events that occurred on two consecutive days as the debate over the anti-rape Bill was going on in Parliament.

On 21 March, speaking on the Criminal Law (Amendment) Bill, 2013, Bachchan pointed out one big problem with the Bill—that it was anti-men. She used its provisions on stalking as an example and noted: “In order to give justice to one sex, you cannot be unfair to the other. So, think that this is something you need to look into because this can be misused. Stalking is done not by men alone; stalking is done by women also. Every second day you hear a girl say, ‘Oh, he is so hot.’ These are also very, very wrong things. So, sir, please look into this. This is very important. Please do not do justice to one part of society, leaving the other part.”

You see in those lines her compassion towards men, but the argument still takes some imagination to swallow. There is firstly the question of proportion. If saying ‘Oh, he is so hot’ is stalking, then what is shadowing a woman for a couple of months despite her repulsion and then, one day, kidnapping and raping her? It is true that women can stalk too, but, as things stand in India today, it is a fraction of what men do and almost never leads to a crime. However, we must laud Jaya Bachchan for upholding the interests of the .0000001 per cent of men who feel threatened by girls saying ‘Oh, he is so hot’. These men are also flesh and blood and feelings. They must also have someone, besides the 217 male Rajya Sabha members out of 244, to stand up for them.

What makes Jaya Bachchan’s consideration for the opposite sex all the more inspiring is that a day earlier, she—celebrity, renowned actress, wife of the biggest superstar India has ever produced, a member of the House of Elders—had herself experienced first-hand the failings of men. She was emerging from the House when a flash had popped in her face and just a little distance away stood a sheepish member of Parliament, Pradeep Balmuchu, with a camera phone. Jaya Bachchan told him this was “not on”, Balmuchu apologised and in return was told, according to newspaper reports, that he would “have to pay a price for this”. We don’t know if Balmuchu was a fan or a voyeur, but what we do know is that in India there is a culture of men who have no clue where a woman’s personal space and rights begin. The provisions of stalking and voyeurism are a legal reprieve for extreme cases where this is violated.

To equate ‘Oh, he is so hot’ with stalking is, one could say, ‘not on’. Especially if it comes from a cultural figurehead like Jaya Bachchan.

To be fair to her, she did have other things to say. She talks about how the Bill’s wording patronises women, about the age of consent and about the Government not having thought the issue through. What is missing is a single word on her alternative—if not this, then what? Intriguingly, she also speaks about a girl who had been raped by a minister’s son coming to her for counsel. The victim told her that if she revealed it then her parents would throw her out, the police wouldn’t take her complaint and she was afraid of the humiliation of a medical examination. She then asked Bachchan what she should do. And this was Bachchan response: “I thought that, maybe, after this Bill is passed, I will go and tell her what she should do. But I am sorry, I don’t think…”

It is strange advice. Who waits for an Act to be passed to report a crime? There is also complete vagueness about what exactly Bachchan wanted in the Bill that would have made her tell the girl what to do. If it appears suspiciously like a story made up to score a debating point, then the onus is on Bachchan to show otherwise. Considering the enormous influence she wields, she could start by making a complaint to the police station. Because if the story is true, there is a rapist out there walking free in the full knowledge of the country.