A Modern Sleuth From the 40s

A Thaw in the Cold War • The Approaching Split 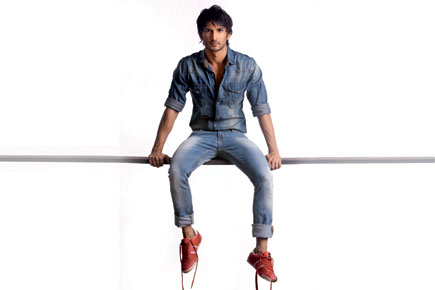 Dibakar Banerjee has revealed that Sushant Singh Rajput was “always in my mind while casting Detective Byomkesh Bakshy!”, yet the filmmaker made the Kai Po Che star audition for two days before giving him the role. “It wasn’t so much an audition as it was a sort of rehearsal,” Dibakar told me. “I wanted him to discover the character himself. I’m not a fan of over-briefing.” Sushant added that Dibakar didn’t once tell him what to do while preparing for the role of a private eye in 1943 Calcutta, “but he was very specific about what he didn’t want me to do.” The director didn’t want his actors speaking like actors in most period films. “There was to be no lofty dialogue, no ‘declaring’ lines, just saying them like normal people,” Dibakar explained.

“The problem with most period films made in India is that the references for the way characters speak and dress are the films that were made during those periods. And you have to understand that actors in those days spoke like that for technical reasons—because you didn’t have lapel mikes that caught subtlety. They were projecting their voice because it had to be caught by overhead mikes. But nobody questions that. Our films just copied that style of dialogue delivery as if people spoke like that normally in those times. They didn’t.”

Fully aware that purists in Kolkata will likely be upset with his “contemporary approach to telling a period story”, Dibakar hopes they will nevertheless see that he hasn’t tried to cheat the audience. “We decided the only way to make a period film today is to behave as if my entire unit was taking a time-travel trip into the 1940s. So we’re making a modern film but one that’s set in those times.”

A Thaw in the Cold War

Deepika Padukone and Anushka Sharma haven’t exactly been friends, and it might have something to do with a certain Ranveer Singh. But the actresses shared warm vibes when they came face to face on Monday at a meeting organised between film industry representatives and the I&B Ministry to discuss Bollywood’s recent censorship woes. It was Christmas in March for the paparazzi, who snapped the two ladies as they greeted each other courteously. Then the photographers landed a bonus when Deepika decided to plant a kiss on a bemused Anushka’s cheek. But anyone who’s been following Bollywood goings-on closely could see this patch-up coming. After all, only three days earlier, DP put out a tweet supporting Anushka’s new film, NH10. And that came not long after Anushka publicly spoke up for Deepika after the Ram-Leela star made the startling confession that she’d battled depression earlier.

According to the industry grapevine, an awkward discomfort developed between the two actresses roughly two years ago, when Ranveer Singh began dating Deepika literally days after breaking up with Anushka. The two ladies studiously avoided each other at public events, and when Deepika casually mentioned Anushka’s name on Koffee With Karan when she was asked which of her contemporaries she counts as friends, Karan Johar literally choked on his coffee from laughing too hard, and called Deepika out on her hypocrisy. “If you think you’re Anushka Sharma’s friend, you’re definitely living in a bubble,” he said cattily. Good thing they appear to have put their differences aside, even if it was just for the flashbulbs.

Stories about trouble in this male star’s marriage have been doing the rounds for some months now, and they don’t seem to be dying down. In fact, there are whispers going around that the actor and his wife are just about holding on to their relationship by the skin of their teeth… and strictly for the sake of their children. The ugliness between the couple is reportedly taking a toll on the kids, particularly on the older child whose grades at school are said to be progressively deteriorating. There has also been some talk that the star’s wife has discussed her marital problems with her elderly parents who have promised to support her in whatever decision she ultimately takes. The couple, insiders say, is putting up a brave public front, ignoring the gossip and pretending that everything is fine. But close friends are predicting that a big unpleasant announcement may be around the corner.