Being Ajay Mafatlal in the life and times of India 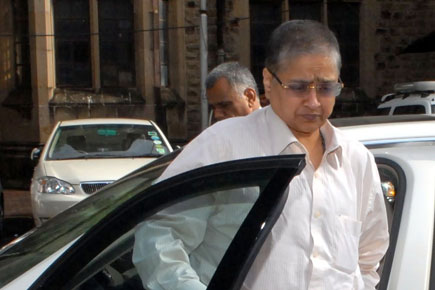 Some people are always on the right side of history. Like Dhirubhai Ambani, who was perfectly comfortable in a licence raj and equally so in a liberalised India. Or Amitabh Bachchan, as angry young man an echo of an unhappy nation and as a senior citizen quizmaster on Kaun Banega Crorepati, sparking off greed in a billion people craving easy money. All the success stories that scream at us are of men and women racing in tune with time. Those who lose are intermittent headlines and usually just another chapter of a sad story.

Ajay Mafatlal, who passed away last Saturday at the age of 60, was firmly on the wrong side of history. He was born a man in woman’s body in an India that would have been bewildered at such a phenomenon. He lived it right from his childhood. In a Mumbai Mirror article, he wrote about going once to a fancy dress competition as a male and falling in love with a girl in his own class. Even today it can be tortuous to have one’s body and gender in conflict but at least there is a world online where you find support and community. Ajay, like so many anonymous others then, suffered in private.

Mafatlals, the family he was born to, the bluest of Mumbai’s elite blood, found itself riven by dissension in its ranks and then, fatally crippled, because they just didn’t have what it took to compete in a new India of entrepreneurs with ambitions that soared to the sky and energy to match. The Mafatlals just fell by the wayside. Ajay, in fact, started a new-age business of computers in the mid-1980s and that you would think is far-sighted. But vision is hardly enough if there’s no acumen. Entrepreneurs fail repeatedly until one of their ideas strike gold. They don’t give up. Ajay called it quits as soon as the business folded. He wasn’t a businessman and who can blame him—he was a woman then, and in which pre-liberalisation business family have you heard of a woman groomed for the top? Like princesses of old, they had to marry into other business families, to shore up alliances and produce heirs. If he had been born in 1985, Ajay would have had a fighting chance in business. But he was born in 1955, just missing the moment.

When he did get a sex change finally at the age of 46, it was insinuated that the motive was to be legally the eldest son which would help in a nasty family dispute over inheritance. That the allegation got so much traction showed how little Indians think about a decision to change one’s gender and how extraordinary the value is that they set on property.

In such an obtuse society, in a family that survived on past glory, Ajay was doomed to be unlocated, one more of the ranks of so many South Mumbai public figures surrounded by glitz but who actually have little more than a stake in a piece of real estate. An article after his death said that towards the end, it was his sisters who were supporting him, and his brother, when contacted by the tabloid Mid-Day, said, “What are you telling me! I am not at all aware, nobody informed me.”