A Collection of Rejections

A Collection of Rejections • Evil Supergirl • The Casting Cash 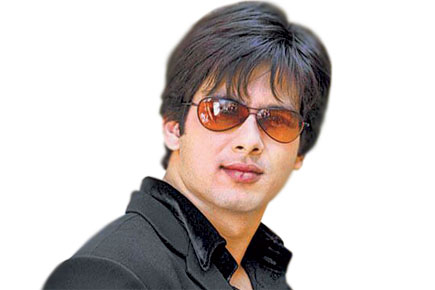 A Collection of Rejections • Evil Supergirl • The Casting Cash


It’s happening once again. Teaser trailers of Band Baaja Baraat director Maneesh Sharma’s new film, Shuddh Desi Romance, have only just been released, and suddenly every other tabloid has a story reminding us that Shahid Kapoor was originally attached to the project.

It’s a well known fact that Shahid had indeed been signed up for the film. And depending on whose story you choose to believe, the actor either opted out of the project when production was delayed after the director injured his back, or he was dropped from the film by producer Aditya Chopra because he wouldn’t stop interfering in every department. In any case, Kai Po Che star Sushant Singh Rajput was subsequently signed on to play the male lead, and the trade has responded enthusiastically to the pairing of Sushant and Parineeti Chopra in the new teaser.

As it turns out, another story also fast gaining traction in tabloids is about Shahid turning down the lead in I Hate Luv Storys director Punit Malhotra’s new film, Gori Tere Gaon Mein, currently nearing completion with Imran Khan and Kareena Kapoor.

Again, it is no secret that Punit did approach Shahid with an early draft, but reportedly the actor’s tantrums didn’t sit well with either the director or his producer Karan Johar, who promptly replaced him with Imran Khan. Shahid famously agreed to commit to the project if only Punit could “guarantee” that the film would make Rs 100 crore in box-office collections. Given that none of the actor’s previous films has made that kind of money, Punit was upset that Shahid would burden the film with such unfair expectations.

The unwritten rule followed by actors in Bollywood is that it’s not graceful to talk about films you were offered but didn’t do. Clearly Shahid Kapoor didn’t get that memo. Mira Nair is apparently still miffed with him for spreading the story that he’d turned down the lead in The Reluctant Fundamentalist, that too when she’d met him only once to discuss the possibility of their working together.

She served little purpose in Shootout at Wadala besides lying comatose under John Abraham’s hulking frame while he performed what looked like push-ups on the bed. But Kangana Ranaut is confident of wiping out those images from your head with her next film Queen, in which she plays a small-town girl who travels to Paris alone on her honeymoon and has the time of her life.

Helmed by Chillar Party director Vikas Bahl, the film is slated to release in September, just ahead of Krrish 3 in which she plays super-villain Vivek Oberoi’s partner-in-crime against the film’s leading man Hrithik Roshan. “It’s a good thing the films are scheduled in that order,” Kangana told me earlier this week when I ran into her at a film screening. “Because if it was the other way round, the audience just wouldn’t buy me as a naïve, wide-eyed girl in Queen after watching me exercise my evil superpowers in Krrish.”

Curious about her Tanu Weds Manu director Anand Rai’s latest film Raanjhanaa, she said she was happy to know it was faring well at the box-office, and didn’t seem to hold a grudge against him for choosing not to repeat her after their last hit together.

This young director, best known for having worked as an assistant to one of the most respected filmmakers in the South, has made two films so far, both of which met with limited box-office success and mixed reviews. He’s fast earning a reputation for becoming the go-to guy for wannabe actors with rich daddies.

According to the industry grapevine, he cast an NRI kid in a fairly prominent role in his last film in exchange for the young actor’s dad picking up a substantial portion of the film’s budget. And it turns out that he has now cast another loaded 20-something in his next film, the Hindi remake of a horror hit from the South. The young actor’s dad has allegedly paid for the remake rights of the film from his own pocket, and is believed to be funding a substantial part of the production too.

The funny thing is, with top studios bankrolling each of these projects, the filmmaker doesn’t exactly need the actors or their daddies to shell out dough from their own bank accounts. But reportedly, that’s his condition for signing them on in the first place. And the cash, from what it appears, goes straight into his own account.