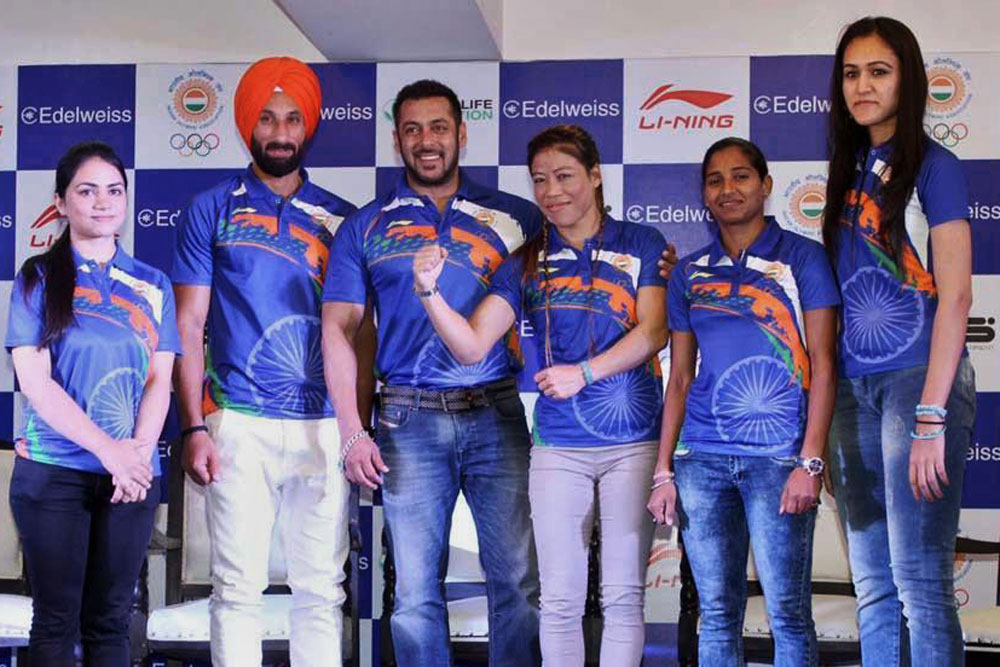 IN MUMBAI, EVERY time a man goes to a movie, he has to pay homage to Bharat Mata by standing up for the national anthem. Recently, before the release of the movie Jai Gangaajal, you saw Priyanka Chopra in the uniform of a police officer singing Jana Gana Mana. It was an obvious attempt to promote the movie in which she plays a cop. The national anthem can arouse strong emotions. People get abused when they don’t stand up for it in Mumbai’s cinema halls. And yet, that the film industry should use it—Jai Gangaajal was not the first movie to do—to market its movies seems perfectly alright to ultra-nationalists.

You can notice the phenomenon in Salman Khan just being appointed the goodwill ambassador for the Indian Olympic contingent. It is timed to the release of his next movie Sultan in which he plays a wrestler. One would have to take a really generous view on the altruism of movie stars to think that these two events are unconnected. In 2012, when his movie Ek Tha Tiger was being released, Salman suddenly developed an interest in the case of Sarabjit Singh, an Indian accused of being a spy and incarcerated in a Pakistani jail for over 25 years. In Ek Tha Tiger, Salman not-so- coincidentally played an India spy. He is also not the only movie star of whom such coincidences are apparent.

An objection raised against Salman’s appointment as goodwill ambassador at the Rio games is that he has legal cases against him and even a conviction in a black buck poaching case, and, therefore, is not a good role model. Underpinning this, however, is a bigger question about how far the market can be allowed to enter arenas where a different or higher set of values prevail. Sports needs money to flourish, but should money set the terms? It might be more appealing to see Priyanka Chopra when the national anthem is being sung, but should it be forgotten that the objective is profit?

There is no definite answer to that question. One approach would be to give the market free rein. As long as Salman brings in recognition to the Olympics, his past should not matter because there is an overriding benefit that comes out of the association. The second way is to hold some values as sacred and no matter how much profit there is in an alliance, to forgo it because it demeans the value—sports would not be a noble pursuit if it compromises all that makes sports noble.

Both approaches are legitimate. The problem, however, is when a society wants to take a middle path. It wants to thrash the man who does not stand for the national anthem but also welcomes the milking of it for a movie’s ticket sales. It looks at sports as an endeavour that tests the limits of human beings with fairness and integrity, but can allow a convict to be its emblem just because he is popular.