‘Need to Use the Breaks between Games Well’

Teams that come out on top in long-duration tournaments almost inevitably have a standout bowler to thank for their success. If India are to be that team this World Cup, Zaheer Khan might well be their man. Coming after the highly successful series in South Africa, Zaheer looks good to strike it big. We spoke to him as he was readying for the campaign 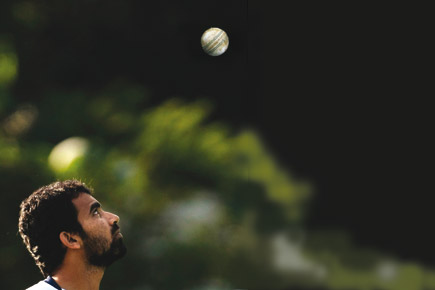 Successful teams in long-drawn-out tournaments have standout bowlers. Will Zaheer be the man for India?


Q We saw you in South Africa. When you were not there for the first and second Test, the team looked different. They did take those 10 wickets, but the team didn’t look the same. What is that extra bit Zaheer Khan brings that makes the Indian dressing room look buoyant?

A I was looking forward to playing after that break. I was a bit concerned about my ligaments and stuff, leading up to the tour of South Africa. I was very happy that things worked out for me. That one game, I was a bit cautious, but Ishant and Sreesanth also bowled really well with the support of Bhajji, who was exceptional. He got four wickets in the first innings, which was really crucial to get them out. Especially since we had got out for 200, it was really important that we clicked as a bowling unit. It is very satisfying to see the bowling going so well.

Q So does it centre around you? We know that on the field you are the spearhead of our pace attack, but even in the dressing room, when Zaheer is around, I think everybody just comes together.

A I don’t know about that, it’s just nice to hear all these good things said of me. I’m just doing my job. And I’m just helping all the others too in whatever way I can. I try to support them mentally, or if I think I can work out an on field strategy, I try to do it with the bowlers.

Q It is well known that Graeme Smith is Zaheer Khan’s bunny. Smith, though, is a great batsman anywhere in the world. How do you manage to get the better of him? It must take a lot of planning to take him out every time.

A I’m sure it was one of those bad days for him when I needn’t have planned at all. He is under pressure when he’s facing me. I just make sure I get the ball in the right areas, so I have that edge over him. As far as other batters are concerned, I still need to work hard, I guess.

Q But you enjoy the dominance?

A Yeah, but that doesn’t take anything away from the batsman. Graeme Smith is a good batsman and I respect him. At the same time,I’m happy I can get that early breakthrough for my team.

Q India depends on you for early breakthroughs. When the team is under pressure, we all pray Zaheer gets that breakthrough. That’s pressure. How do you cope?

A As a fast bowler, it is really important you provide that early breakthrough. That’s the responsibility I’ve taken on as a senior bowler. I’ve been successful so far, and I hope I continue to do that. But that’s the pressure I go to sleep with.

Q Is that pressure enjoyable even when you go to bed?

A It’s good. That’s what keeps you going at this level. As long as I continue, I think I’ll look forward to it.

Q This World Cup will be your third, and the fact that it’s in the Indian Subcontinent makes it special. Talk to us about that. How different will it be for you from the previous two World Cups?

A Before a tournament like the World Cup, it is good to have had a tough tour. Especially when it goes the way our South Africa tour did. We drew the Test series, and the one-day series was alive till the last match. So I think we are up to the competition. We’ll peak at the right time. And as far as preparations are concerned, I think we’ve done a good job.

Q Your first game is against Bangladesh. It will bring back some memories. Will old devils play on your mind?

A We’ll change the result for sure. We’ll start the World Cup on a good note.

Q Verbal duels are part of strategy sometimes to get under the skin of the opposition. How often is it spontaneous?

A With me, it is mostly spontaneous. I don’t really plan much. There are times when you plan it, but I don’t want to talk about that.

Q The team looks good on the eve of the World Cup. There is a kind of camaraderie on the field and off it. How is the atmosphere in the dressing room?

A After the last tour, everyone was looking forward to going back home, spending some time with their families, fulfilling whatever commitments they had… so, I’m sure everyone is looking forward to joining the team again. We get a lot of time together before the first match,and the support staff will surely have some team-building exercises planned. We have been doing well for the past three or four years, and most of the time it has been the same team playing. That really helps with those friendly vibes in the dressing room.

Q How important is it for the captain to make sure the same team is together? Tell us what you make of Dhoni as a captain.

A It’s up to the players as well to keep up their performance. If you’re performing, you’ll be part of the team. That is what the team has been doing: you’ve seen individuals put up their hands when the team has needed support. You have seen Yusuf Pathan come down the order and win matches. Or create a platform from where we could win a game. Yuvraj Singh and MS Dhoni have proven themselves at the highest level, and then there are youngsters like Virat Kohli, who has been really consistent. In turn, MS’s support has given confidence to all players. So it is a bit of everything put together.

Q Would you rather the World Cup was not being played in India this time round, considering all the pressure?

A I’m happy it is in India. If we have to win the Cup,it might as well be in front of a home crowd, whose support is always with us.

Q What is India’s biggest challenge going into this World Cup?

Q Which team is your biggest worry?

A Not really bothered about the opposition.