‘It’s a happy bunch under Gary’

He wasn’t available for two consecutive T20 World Cups in 2009 and 2010. India failed in both. Many feel it is his performance at the top of the order that has taken India to pole position in Test cricket. Virender Sehwag, without a doubt, will hold the key to India’s chances in World Cup 2011. Here’s what he had to say in an hour of cricket adda at his New Delhi home 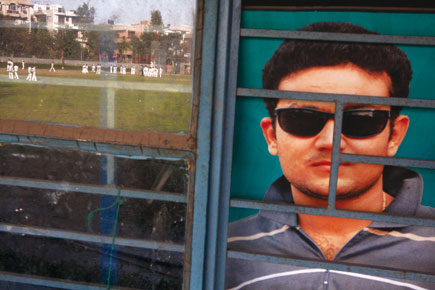 After missing the last two T20 World Cups, Virender Sehwag is back. His form will hold the key to India’s chances.


Q Are you fit? A billion Indians want to know.

A Yes I am, and am looking forward to the World Cup. I couldn’t play the T20 World Cups in England and the Caribbean due to injury. I don’t want to miss out this time. This one is at home and is a great opportunity for us to do well. We have the batting and the bowling to shine and I wish to play my part.

Q Is this the best Indian team you’ve played in?

A It is a very good team, but it’s hard  to make comparisons. In 2003 also, we did well. This side, however, has a lot of very good players and has a great chance in the tournament. We have the confidence. We have been winning consistently and can win from any situation—something that is different about the team this time round.

A Indeed. He has the skill to play on till 2015. He is still the best, and, as you know, I call him the god of cricket. He practices more than a youngster, has more motivation than any youngster and is a legend of the game. We share a great rapport and look forward to giving India some good starts in the tournament. It will be great if we are able to win the cup for Sachin.

Q What about your own preparations? Any specific plans against the likes of Anderson or Steyn?

A No. I play the ball on merit. If the ball is in my zone, I’ll  hit it. Whether it’s Anderson or Steyn or Morkel, I’ll hit the ball if it is there to hit. Sunil Gavaskar had suggested I give myself a little more time against the new ball, and I have done that in recent times. Not to show respect to the bowler but to the new ball. Once the ball is five to six overs old, I can play my shots more freely.

Q What is your take on Dhoni as captain?

A He has a great team. A captain is as good as his team. He has some great batsmen and some great bowlers. He has the players to turn to in any situation, and that explains India’s performance over the past few years. He is a calm captain and the resources he has allow him to be calm even under pressure.

Q Viru, you have had a great run in recent times except perhaps in South Africa. If I ask what is the difference between Viru in Tests and Viru in one-dayers, what will you say?

A Clothing. I play the same way in both formats.

Q We lost to Bangladesh in 2007 and that almost ended our campaign. We are playing our first match against them in their own backyard. Any thoughts?

A It’s a revenge match for us. As you said we lost to them in 2007 and that ended our campaign. We’re keen on exacting revenge. We have the team to do so and it will give us a solid start. All of us are focused and looking forward to taking them on in our first match.

A In 2007, the team wasn’t a happy bunch. Greg Chappell had caused a lot of problems and there was no cohesion. Gary has done a great job with the team. Under him, we have become the number one Test side. He has pushed that extra bit and we have all realised that we can truly excel in adverse situations. It is a more comfortable team under Gary, and we have all seen the results. Hope we can do well in the World Cup as well.