A Religion for Our Times 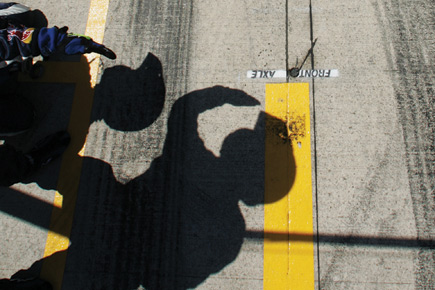 
In all the fuss about F1, commentators have failed to mention one important detail. No major religion has any proscriptions against driving fast cars. This is probably because the internal combustion engine post-dates most religions and that allowed F1 to slip under the radar.

It should not have escaped the moral dragnet. Although F1 is often described as a sport, this is misleading advertising at its very worst. F1 is not only a religion; it’s a very serious competitor in the divinity stakes. In fact, its devotees would be proud to claim religion status for it.

What is more, as religions go, it’s fun. There is a seductive glamour to it that is not matched by more fuddy-duddy faiths. It attracts even people who claim to be diehard rationalists. The last meeting of the Delhi Atheists and Freethinkers (held at a pub in Khan Market last Saturday) featured several passionate and wistful references to F1 from the attendees.

Consider: F1 is dedicated to the worship of a large pantheon of deities. These gods appear to be vaguely humanoid behind their reflective helmets but it’s difficult to be sure. They all dress in very stylish, multicoloured overalls with strange embossed icons. Their garb itself instantly stamps them as super-human—no mortal being would be capable of carrying these off without causing riots.

On astrologically determined days, the gods ride around the temples of their faith in elongated, aerodynamically sleek and very, very noisy vehicles. The temples are vast, laid out at immense expense and designed with great ingenuity.

F1 also has priests. The priests man mysterious altars known as the ‘pit’. These locales are set in alcoves within the temple complex. There, redolent with the essence of highly refined oils, the priests perform complicated rituals to appease the gods and their vehicles.

Aggressive proselytising is among the hallmarks of this new faith. It makes a public display of itself in every forum and every media channel. It sends out its living gods as its ambassadors to the people at large.

Like other religions, it has arcane laws governing it and these are impossible to decipher for a non-initiate. The pecking order of divinity apparently also changes — again, according to complex formulae crunched out by supercomputers.

Now, human beings need religions for two major reasons. One is to lay down a set of laws that can either be adhered to for spiritual gains, or broken for high-voltage guilty thrills. The other major rationale for religion is to provide sanctions for holidays—occasions when it is okay to get totally wasted, scream for no particular reason, ogle at anything resembling a woman and generally “enjoy!”.

Festivals are good, especially for a consumption-driven, growth economy. Festivals are generally happy occasions. When folks are happy, they fish out the plastic and buy goods and services. An F1 race day allows for a careful build-up of several weeks when acolytes are encouraged to gear up for a big bout of consumption. It all comes together in an orgiastic crescendo on the day itself, and the big bash is followed by several days of after-burner glow. Some of the more devoted acolytes will go so far as to put down crores for modified replicas of vehicles driven by the gods.

Festivals also provide what marketing theorists refer to as signalling and networking opportunities. While the hoi polloi can enjoy themselves in plebeian ways, the rich and famous can signal that they are, well, rich and famous. They can do this by organising special darshans with the gods, or at least buying exclusive seats and boxes as close to them as possible, inviting each other to drop in and serving stuff like stilton pakoras.

Much like a political iftaar party, an F1 race box is rated by the guest list and the content it generates for Page 3. Again, like an iftaar party, or a Diwali poker session, an F1 race day is an ideal occasion for wheeling-dealing, and also for matrimonial (and friends with benefits) alliances.

Taken as a package, F1 could be an ideal new-age religion for emerging India. It has all the essential ingredients. It encourages precisely the values a good citizen should have. It embraces consumption, encourages positivity and confidence (“We’ll win” is a commonly uttered mantra by devotees) and, more seriously, it places very strong emphasis on the value of time.

What is more, it doesn’t have the destructive or negative elements that vitiate most mainstream religions. It makes no distinctions of caste or creed, and it encourages plurality – the gods come from all over the place. It is chauvinistic, of course, in that there are very few women in the higher echelons. But unlike other faiths, there’s no explicit bar on godhood or priest status for women. This is one religion where merit is all. The more it catches on, the better.