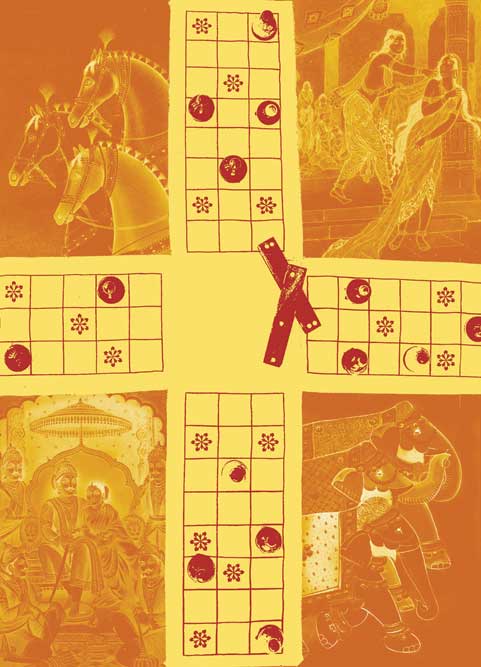 When we think about wealth in the epics, what comes immediately to mind is hyperbole. Kings and princes have hundreds of thousands of horses and slaves, their coins and jewels are as numerous as the drops of water in the ocean, their granaries are filled with thousands of tonnes of wheat and rice, their millions of cows provide hundreds of gallons of milk, and so on. The typically elevated register of the epics ensures that everything is larger than life, nothing more so than wealth. And we read and receive these extraordinary numbers with ease, knowing that these details are just an amplification of the idea that kings were very very very rich. As a specific example, here’s a list of some of the things that Yudhishthira of the Mahabharata stakes and loses in the dice game with his cousins: a superb pearl necklace, set in the best of gold, born from the swirling ocean; one hundred jars, each of them filled with a thousand gold pieces; an opulent chariot drawn by eight perfect horses; a thousand rutting elephants, richly decorated and invincible in battle; a hundred thousand slave girls, all young and beautiful, decked in fine clothes and beautiful ornaments and skilled in the sixty-four arts; an equal number of men, also well-attired and trained to serve; many gold-decorated chariots with trained horses with golden trimmings; countless ordinary chariots and horses and carts surrounded by beasts of burden of many kinds; hundreds of warriors who are each paid a thousand gold coins a month as wages; from each of the divisions of society, sixty thousand men who are broad-chested, and live on milk and rice and grain; four hundred boxes, reinforced with copper and iron, each filled with five hundred buckets of beaten gold; uncountable riches—millions and billions and trillions, as many as there are drops in the ocean; innumerable sheep, cows, cattle, horses and goats. In the Valmiki Ramayana, the gifts that Rama showers on the kings who had come to attend his coronation are equally outrageous in terms of quality and quantity. Teams of horses and retainers are required to carry the gold and jewels and clothes to the kingdoms to which they have been gifted.

However, it is in Lanka, Ravana’s island citadel, that the Ramayana pulls out all the stops in terms of how wealth and luxury can be described. In the Sundara Kanda, we see Ravana’s living quarters through the eyes of Hanuman, and like him, we are stunned by their opulence and luxury. Hanuman is no stranger to comfort—the monkeys lived a life of abundance and pleasure in Kishkindha. Their streets were redolent with the fragrance of natural liquors, their beds were soft, their women voluptuous. But what Hanuman sees in Lanka is well beyond anything that he might have imagined—pillars of gold and silver that were well proportioned and carved from top to bottom, golden lattice work over the windows, stairs studded with glowing gems such as sapphire and emerald, crystal floors inlaid with pearls, ivory and coral, richly embroidered carpets, couches covered with silks and brocades and strewn with cushions as soft as clouds. The air was heavy with the smell of rich foods and sweet wines which were piled high on tables that groaned under their weight. Even the ramparts of the city were made of precious metals and the gates were decorated with pearls and lapis and diamonds.

When we consider the ways in which epics talk of wealth, the world they depict is the world of kings and warriors, where both power and money are important values

Furthermore, there are countless numbers of women in Ravana’s chambers, each more beautiful than the one before, each adorned with jewelled ornaments, each wearing clothes made of the finest and most delicate fabric. As they lie spent after a night of pleasure, their girdles have snapped, their ornaments are askew, ‘pearl necklaces gleaming like moonlight lie between their breasts like sleeping swans’, their earrings glitter and quiver gently as they breathe softly in their sleep. These women also represent Ravana’s wealth, they are part of the opulence of his city and his realm.

Ashvaghosha’s ‘Buddhacarita’ tells the story of the life of Gautama Buddha but resembles the Hindu epics in its tone and texture. Here, too, we have a prince who leaves the lush life of his palace and goes far away into the wilderness. Of course, prince Gautama is not exiled, he chooses to renounce his life of luxury and indolence to find answers to the questions that torment him. Unlike Rama and Yudhishthira, Gautama never returns to reclaim his kingdom. Instead of becoming an emperor, he becomes the ‘turner of the wheel’ of dharma, fulfilling his prophesied destiny as a chakravarti. In Kapilavastu, where Gautama is born, there are thousands upon thousands of richly caparisoned horses and elephants with golden trappings, there are as many milch cows, there are chariots and trunks loaded with gold and silver and others stuffed with gems. As in Ravana’s Lanka, Gautama’s chambers are filled with beautiful women, adorned with jewels. They are an essential part of the atmosphere of wealth and luxury in which the young prince is brought up. As the prince turns away from all the palace has to offer, his father hopes that the seductive charms of these beautiful creatures will keep Gautama chained to the city and committed to his life as the king-in-waiting.

Despite what we read, the epics are not entirely comfortable with such displays of ostentation. As we experience the dice game, we are not impressed by how much Yudhishthira has to give away. Rather, we are disturbed by his profligacy, his wastefulness, his compulsive behaviour. In the Ramayana, we are persuaded that Ayodhya is prosperous rather than wealthy; there is a restraint about the city and the family that rules it. Kishkindha and Lanka display an excess that is observed rather than celebrated. Lakshmana in Kishkindha and Hanuman in Lanka are outsiders, looking in, as if through a window. We do not get the sense that they want to enter the picture that is on display in front of them.

It is in Lanka that the Ramayana pulls out all the stops in terms of how luxury can be described. Even the ramparts were made of precious metals

The opulence of royal courts and prosperous cities is contrasted in the epics not by depictions of poverty but by ascetic vows and practices. It is the forest that lies in opposition to the city and the simplicity of life there provides a challenge as well as a counter- point to urban lives and ways. There is a delightful moment in the Bala Kanda of Valmiki’s Ramayana when the Rishyashringa, a young sage who has been entirely brought up in the forest, has to be persuaded to come into the city. Lovely women from the city are sent to entice him and they bring him sweets and other delicacies. The poor young sage has never seen women before and so he is not entirely sure what kind of creatures stand before him, more fragrant than flowers, more sweet-voiced than birds. He is convinced that the sweets they feed him are simply fruits from a tree that he has never seen. Utterly entranced, he follows them to Ayodhya where he eventually performs the sacrifice that gives Dasharatha his sons.

When Rama, Sita and Lakshmana go into exile, the first thing they do is relinquish their finery—their silk garments, their jewellery and their ornaments. We are told that they changed into ‘clothes of bark’. Whether or not the clothes were actually made from the barks of trees, we can be sure that the garments are rough and basic. On the night before they enter the forest, Rama asks the Nishada, Guha, to teach him how to mat his hair with the sap of the fig tree. Later, as they settle in to their forest exile, Sita’s jewels are replaced by garlands of flowers. Although the princes and Sita adopted many of the ways and the habits of forest dwellers and ascetics, Rama and Lakshmana never relinquish their weapons, holding on to one last thing that ties them to their previous identities.

The Pandavas, too, have to spend thirteen years in the forest after Yudhishthira loses the second dicing match. Draupadi is not at all pleased with the change in their circumstance just after they had established themselves in Indraprastha, a city that rivalled the Kaurava capital, Hastinapura. She is angry that her husbands have been stripped not only of their clothes but of all their royal comforts and privileges. Unlike Sita, Draupadi seethes with humiliation and resentment, finding no joy in the uncluttered life of the forest with its simple food and basic lodging. While Rama and Lakshmana’s matted locks in the forest point to their temporary renunciation of their Kshatriya roles, Draupadi’s unbound hair also points to the renunciation implied by life in the forest.

When we consider the ways in which epics talk of wealth, we must remember that the world they depict is, in the final analysis, the world of kings and warriors, where both power and money are important values. Artha is the basis of the Kshatriya’s life and while it may not be the ultimate value, it is what compels and propels his actions most of the time. However, because artha is not the only value, the epics show us the opposite in the forest, in a place and a life where wealth and power are made irrelevant, if not entirely rejected. Prince Gautama never returns to the royal life into which he has been born, and even though Rama and Yudhishthira return from the forest and reclaim their patrimonies, they never pursue power in the same way again. It is as if their time in the forest has shown them that artha has a necessary place in the life of a ruler but that it cannot be the only thing that drives him. After the ghastly war with his cousins, Yudhishthira tries desperately to renounce his kingship and step away from both wealth and power. Rama’s reign in Ayodhya is largely passive—he spends his time surrounded by Brahmins, listening to stories they tell him. Neither is happy as king, the forest has taught them that there is another way to be. In their exile, away from the seductions and compulsions of artha, Rama and Yudhishthira have learned to moderate their ambitions, allowing them to occupy their designated places in the world without aggression and without greed. They know that the righteousness any and every king should aspire to is the judicious use of both the power and the wealth that he commands.

Arshia Sattar
Arshia Sattar is an author and translator. Her most recent translation is Tales from the Kathasaritsagara 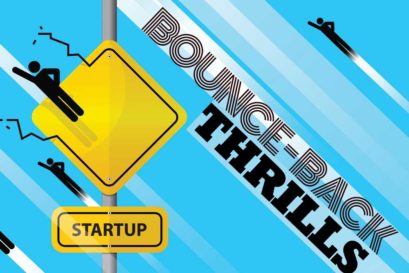 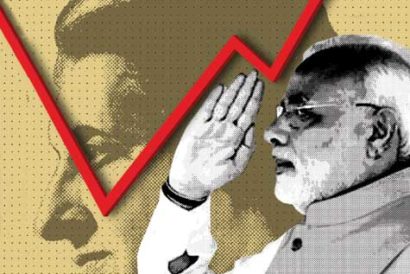 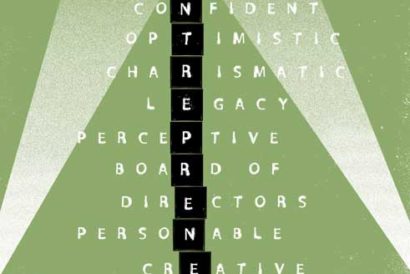