The mystery of Sunanda Pushkar’s death

Injury No 10, a puncture mark caused by an injection, has been of interest to all investigators 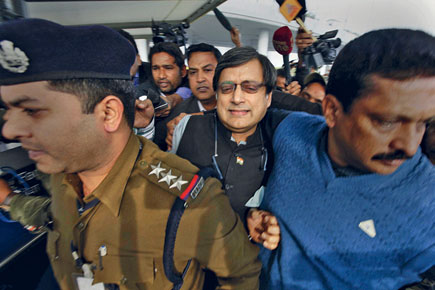 Former Union minister Shashi Tharoor was called in for questioning this week over the death of his wife Sunanda Pushkar. It marks yet another chapter in the mystery over the circumstances surrounding her death. Pushkar was found dead by her husband on the evening of 17 January 2014 in room No 345 of the Leela Palace Hotel in Delhi. As per reports, she was at the hotel for the entire day while Tharoor was away for a Congress party meeting. Upon his return, when she did not wake up from her sleep, Tharoor realised that she was dead and informed the police.

The post-mortem probe conducted by an AIIMS medical board on her body the next day indicated an overdose of a sleep medication but two subsequent forensic laboratory reports ruled out that being the cause of her death. Pushkar was believed to be depressed and upset with Tharoor over an alleged affair with Pakistani journalist Mehr Tarar. She had had a spat with Tarar on Twitter the day before and accused her of being an ISI agent.

Since then, the AIIMS medical board has issued two reports reiterating poisoning but without further details. The board also highlighted 15 injury marks found on her body that were caused by a blunt object but did not contribute to her death. Injury No 10, a puncture mark caused by an injection, has been of interest to all investigators.

After AIIMS submitted its final report on 29 December 2014, Delhi Police Chief BS Bassi announced that a case of murder has been registered. Bassi said that the viscera samples will be sent abroad for investigation and a special team has been set up to investigate the matter from scratch.