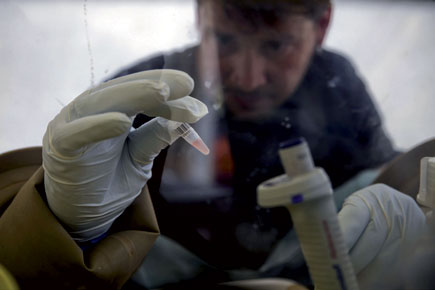 The Ebola virus, which has in the past had sporadic outbreaks in the tropical regions of Sub-Saharan Africa, is currently experiencing its deadliest outbreak. It began in March 2014, when for the first time the Ebola virus was reported in the Western African nation of Guinea. Since then, it has spread to Sierra Leone, Liberia, and also the US. Some 826 people of 1,440 confirmed cases have died as of 31 July 2014.

The early symptoms of the virus are flu-like: a sudden onset of fever, weakness, muscle pain, headache, and a sore throat leading to vomiting, diarrhoea, impaired kidney and liver function, and, in some cases, even internal and external bleeding. What makes the virus particularly deadly is the need for people treating the infected to constantly wear protective clothing as the virus is extremely infectious and can be transmitted through bodily fluids like sweat or saliva, apart from contact with contaminated objects like needles or soiled bedding. The symptoms often show up only between two and 21 days of infection.

In the US, two individuals are being treated for the virus. One of them is a doctor who was flown to Atlanta after he contracted the virus in Liberia. The other patient showed up by himself at a New York City hospital after suffering from high fever and gastrointestinal symptoms. According to media reports, he had been to a country where the epidemic had broken out recently, leading many to wonder if similarly infected individuals could have arrived at various unaffected countries. Currently, there is no vaccine or specific treatment for the virus.

India has so far been unaffected but needs to be vigilant. An article in The Hindu quoted Indian public health officials advising doctors to be more aware and screen travellers coming from affected countries at transit points.