The Day after Yediyurappa 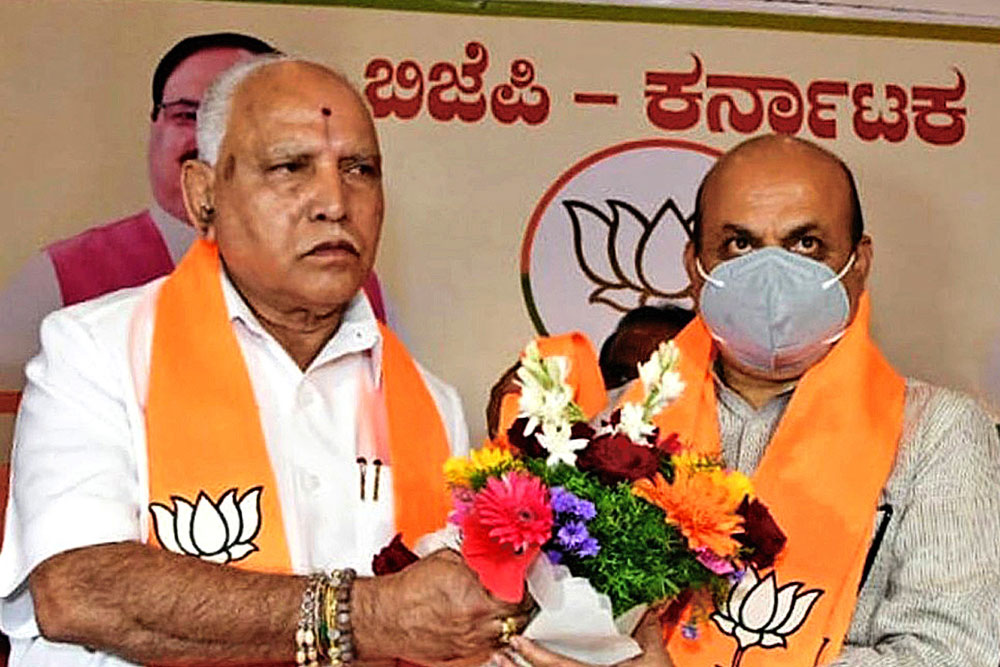 
A COUPLE OF DAYS before he resigned, former Karnataka Chief Minister BS Yediyurappa directed the state’s Kannada and Cultural Department to submit a proposal on installing a statue of Basavanna, the 12th century social reformer and patron seer of the Lingayats, on the Vidhan Soudha premises. During the week before he stepped down, Lingayat pontiffs rallied around him, cautioning the Bharatiya Janata Party (BJP) against replacing a man who was seen as the tallest politician from the community.

But the stage was set for 78-year-old Yediyurappa to step aside. The baton was passed to another Lingayat—61-year-old Basavaraj Bommai, sworn in on July 28th—who held the key portfolios of home, law and parliamentary affairs in Yediyurappa’s cabinet and is a three-time MLA from Shiggaon in Haveri district of north Karnataka. A Sadar Lingayat close to Yediyurappa, he is seen to be low-profile, not corrupt, and uncontroversial, thus giving him an edge over other prominent contenders for the job, according to a state BJP leader who does not wish to be named.

Bommai, who began his political career in the Janata parivar, weighs his words before he speaks and is not known to make fiery statements, unlike some other firebrand leaders of the party in the state. The son of SR Bommai, the Janata Party leader who was briefly chief minister in the late 1980s after Ramakrishna Hegde quit on health grounds, he joined BJP in 2008 and won the Assembly election from Shiggaon. It was also the year BJP formed a government for the first time in Karnataka, making its foray into the south, under Yediyurappa, who consolidated the Lingayat vote in the party’s favour. Though the Lingayats constitute just about 17 per cent of the state’s population, they are estimated to be influential in nearly 100 of the 224 Assembly constituencies. Eight of the 22 chief ministers since 1947 (when the state was Mysore) had come from the community.
Like Yediyurappa, Bommai too is not a Hindutva figure.

Yediyurappa relied on Lingayat backing, hinging his political career on caste identity. After quitting, he posted a series of tweets, one of which said: “Deeply influenced by Jagajyoti Basavanna’s philosophy of Kayaka, Dasoha Tattva & the life of Lingaikya Shri Shivakumara Swamiji of Siddaganga Mutt, I have dedicated my entire 50 years of public life towards nation building and fulfilling the aspirations of the people of Karnataka.”


A fellow Lingayat close to Yediyurappa, Bommai is known to keep a low profile. He is uncontroversial, thus enjoying an edge over other prominent contenders for the job

BJP had to tread cautiously. It did not want to antagonise Yediyurappa again. The last time he was pushed out of the party in 2011, following the illegal land deal cases in which he was arrested, he formed his own Karnataka Janata Party (KJP) in a huff, taking with him 9.8 per cent of the vote share. His party did not win, but it gave Congress an edge in the 2013 Assembly election and hurt BJP. Its vote share dropped from 33.86 per cent to 19.95 per cent and it won just 40 seats. This time BJP had to work out a formula that would make way for his smooth exit. The central leadership handpicked Bommai to replace him, a choice with which Yediyurappa agreed. His loyalist Shobha Karandlaje is a Union minister. After congratulating Bommai, Prime Minister Narendra Modi tweeted “no words will ever do justice to the monumental contribution of Yediyurappa towards our party and for Karnataka’s growth. For decades, he toiled hard, travelled across all parts of Karnataka and struck a chord with people. He is admired for his commitment to social welfare”.

With age not on his side and the 10-year-old cases plaguing Yediyurappa and allegations that his younger son, BY Vijayendra—BJP’s state vice president—was running the show, the going was getting rougher for the chief minister. According to a party leader, Yediyurappa himself may have felt the heat and realised it was time to call it a day. Besides, he would rather ensure smooth sailing for his sons—Vijayendra and BY Raghavendra, a BJP MP from Shimoga—in the party. Yediyurappa seemed caught between his desire to stay on and the pragmatism of stepping aside to make way for a new face. He let his emotions show, but this was not the first time he did that. In the end, he did see the writing on the wall.

“The BJP central leadership had to ensure that the transition took place without any collateral damage. Karnataka was not like Uttarakhand, where chief ministers could be changed easily.

It’s the only state in the south where the party is in power and has a giant leader. The political skills of BJP were on display,” says Sandeep Shastri, a political analyst and researcher. According to him, the choice of a Lingayat, a community that has been BJP’s mainstay in the state, was important and bringing in a new face would set the stage for another Lingayat face in the party. Besides, there was a demand from north Karnataka for a chief minister from the region.

“Bommai has managed his portfolios well. He is someone who is able to micromanage elections. After all, in the Janata Dal, he was groomed by leaders like Hegde, his own father and HD Deve Gowda. All these calculations would have gone into the BJP leadership’s decision. As for Yediyurappa, he realised he was not able to have it his way. In his fourth term, a political fatigue had set in,” says Shastri.

For the party, the change of guard in the state seemed imminent. It needed a new chief minister ahead of the Assembly election in 2023. Political pundits in the state anticipated that Yediyurappa’s term was coming to an end, but what came as a surprise was his being replaced by Bommai. A man of few words, he is not a mass leader but good at building consensus, says an analyst. As he takes charge, Bommai may have to deal with the heartburn of those seen to be in the race. Some non-Lingayats in BJP wanted the party leadership to select a name from some other community. Among the non-Lingayat names doing the rounds were Union minister Prahlad Joshi, a Brahmin; CT Ravi, who belongs to the Vokkaliga community which comprises 15 per cent of the population; 52-year-old Deputy Chief Minister CN Ashwath Narayan who is also a Vokkaliga and national general secretary of the party; BL Santhosh, a Brahmin who was a full-time RSS volunteer from the state. From the Lingayat community, besides Bommai, there were two other contenders, both from the dominant Panchamasali sect— Murugesh Nirani, 56, state minister for mines and geology, a three-time MLA and businessman; and Arvind Bellad, 51, a two-time MLA with a background in engineering.

BJP had to tread cautiously. It did not want to antagonise Yediyurappa again. The last time he was pushed out of the party in 2011, he had formed his own Karnataka Janata Party, taking with him 9.8 per cent votes

Bommai has other challenges before him. Yediyurappa undoubtedly had the backing of the Lingayat pontiffs. In November last year, his government announced that ` 500 crore would be allocated to the newly formed Karnataka Veerashaiva-Lingayat Development Corporation (VLDC). In January this year, he laid the foundation stone for the “Anubhava Mantapa”, the hall of spiritual experience, a concept established by Basavanna, the Lingayat saint who rebelled against inequalities in Hindu society, initiating Veerashaivism, an order of Shaivism that accepts Vedic texts but rejects some Hindu traditions. He also unveiled the bust of Basavanna, which was installed at the Gandhi Park in Bengaluru. Bommai will have to step into his shoes while ensuring a frictionless transition of power. His immediate tasks include battling the Covid-19 situation and floods, but the most critical challenge is the Assembly election less than two years away.

“Yediyurappa will continue as the proxy chief minister. There will be no change. Only the face has changed. BJP wanted a change because it could not fulfil the election promise of providing a corruption-free government,” says DK Shivakumar, the Karnataka Pradesh Congress Committee (KPCC) chief. As far as Congress is concerned, he says, it has to handle the matter tactfully, keeping in mind that the sentiments of all sections of society are respected.

During his tenure as chief minister after BJP lost the 2013 Assembly polls, Siddaramaiah tried to reach out to the Lingayats, a community that had backed Congress till the 1990s, announcing that all government offices in Karnataka would have a portrait of Basavanna. In 2019, after defections from the HD Kumaraswamy-led Janata Dal (Secular)-Congress government, Yediyurappa was sworn in for the fourth time as chief minister. As he rides into the sunset, this might be his final “agni pariksha”, a phrase he used to describe his last term in office. 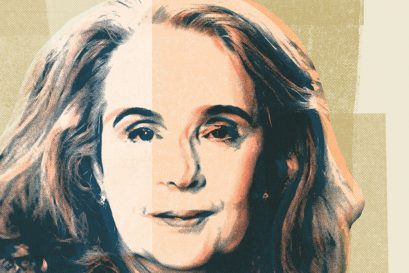 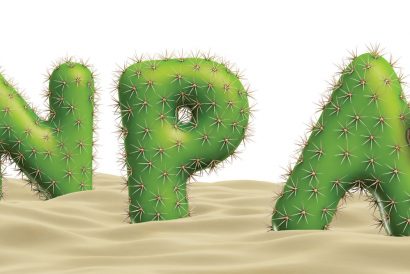