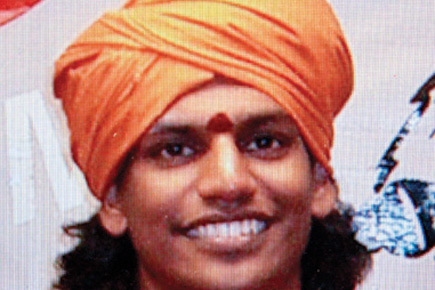 
On 2 March 2010, a video claiming to show Swami Nityananda committing ‘unnatural’ sexual acts with a woman (thought to be a Tamil actress) was broadcast on the Tamil television channel Sun News. As is standard practice, the swami’s Nityananda Dhyanapeetam website swiftly branded the video ‘defamatory’. Who, on earth, is this godman?

The words ‘Swami Nityananda’ on Google returned 554,000 ‘matches’. ‘Paramahamsa Nityananda’ got about 205,000 mentions. Hence, we felt the need for this quick guide on the widely revered and breathlessly reported swami.

Unreliable sources suggest Swami Paramahamsa Nityananda was given the name ‘Rajasekharan’ at birth. It is believed that he was born on 1 January 1978 in the pilgrimage town of Tiruvannamalai, Tamil Nadu, the second child of his parents, Arunachalam and Lokanayaki.

Rajasekharan became a ‘Paramahamsa’ (meaning ‘supreme swan’) when he is said to have attained a state of ‘inner bliss’ at the age of 22. Soon after, Paramahamsa Nityananda founded the ‘Nityananda Dhyanapeetam’, a worldwide movement headquartered in Bangalore, and the Life Bliss Foundation in 2003. The latter has over 1,000 centres across 33 countries.

The Life Bliss Foundation is the guiding light for the global movement in support of meditation for healing. Nityananda has this to say on his foundation’s website, ‘Enlightenment flowers when individual consciousness merges into universal consciousness. It is an experience beyond mind, out of which ecstasy and energy are born.’

In 2007, Paramahamsa Nityananda was elected chairman of the Hindu University of America (also known as the International Vedic Hindu University), located in Florida. Now though, the Nityananda Dhyanapeetam’s Facebook page is inundated with comments from conflicted souls saying how wrong they may have been to repose ‘blind faith’ in the swami. Yet, the number of ‘fans’ continues to swell.

Last week, in the wake of the controversy, the swami posted a video on the website of his mission assuring his followers that he had not done anything ‘illegal’. At the end of the day, he may be right. The whole incident may end up being little more than a tremor in yet another ‘dodgy’ swami’s blissful life.