One Rank One Pension

Seeing the Centre dither even after it allotted Rs 1,000 crore to the scheme last July, a massive protest rally has been announced for 14 June 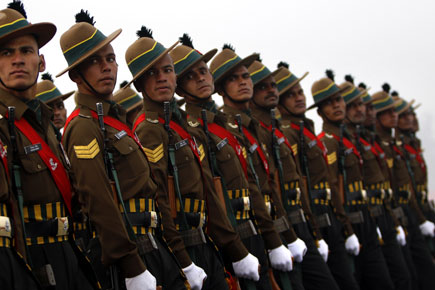 In February 2014, ahead of the looming polls, the Congress Government dedicated Rs 500 crore from the interim budget to a ‘One Rank One Person’ scheme. It was a move aimed at retired defence personnel. Timing was of the essence: Narendra Modi, chief contender from the then-opposition BJP for the role of India’s Prime Minister, had been getting increasing traction over his support for the scheme that was proposed several years earlier.

Over a year later, the Modi-led Government has done little more than pay lip-service to the cause of retired servicemen. Seeing the Centre dither, even after it allotted Rs 1,000 crore last July, a massive rally has been announced for 14 June. That it comes in spite of Modi reiterating his commitment to the implementation of this scheme in his Mann ki Baat address on radio is significant.

By the ‘One Rank One Pension’ scheme, personnel of the forces who retired at the same rank from service will get the same pension no matter when they retired. At present, the sum depends on the last drawn salary. Ergo, a serviceman who retired as, say, a major in 1994 gets less pension than a major who retired in 2009—as pay commissions have hiked salaries over the years.

It is understandable why the Government is dragging its feet. It is expected to burn a hole in its coffers. Already, the Centre spends close to Rs 54,500 crore on defence personnel pensions. By the look of it, however, it cannot afford to delay the implementation of the scheme any further. There is a vote bank of an estimated 2.8 million former faujis at stake, and they are said to be getting increasingly alienated by the dilly- dallying over how much money they get.