Hooch was being sold in connivance with local cops and excise officials for some 30 years in the slums of Malwani, where the tragedy occurred 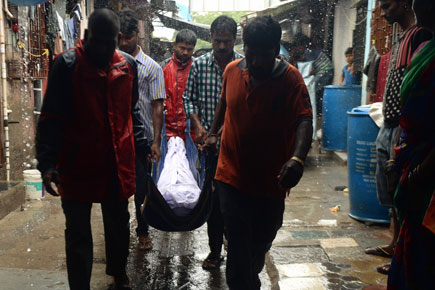 It is a story that has repeated itself almost every year across the country. In the second half of June, more than a hundred people died after consuming spurious liquor (or hooch) in the slums of Malwani in Mumbai. This tragedy takes the nationwide death-toll to more than 900 since 2008.

In the dingy, rat-infested slums of Malwani, the business of selling hooch has been an open secret. What’s usually an illegally made drink of ethanol and water, it was being sold in connivance with corrupt local cops and excise officials for some 30 years, it turns out. On 17 June, many residents of these slums, inhabited by labourers and others of modest means, ended up consuming liquor full of poisonous methanol—which is what incomplete fermentation results in. In the days that followed, as many as 104 were reported dead, with several lying in a critical condition.

A closer look at the racket laid bare several inconvenient truths. In order to lure alcohol consumers away from the cheapest liquor available in the open market—Rs 45 a bottle—the producers were selling their product at Rs 10. It was cheap, potent and addictive. Investigations by the Crime Branch traced their connections to a web of operators in Gujarat, some of which are now being probed for their links to the racket.

After a public outcry, a crackdown was launched instantly and nine of those allegedly involved in the racket have been arrested. Eight cops from the local police station and fourexcise officers have been suspended for dereliction of duty. Devendra Fadnavis, Chief Minister of Maharashtra, has sought to calm the anger of locals by declaring a compensation package for the families of the victims. He also stated that the state would push for death penalty for the guilty.