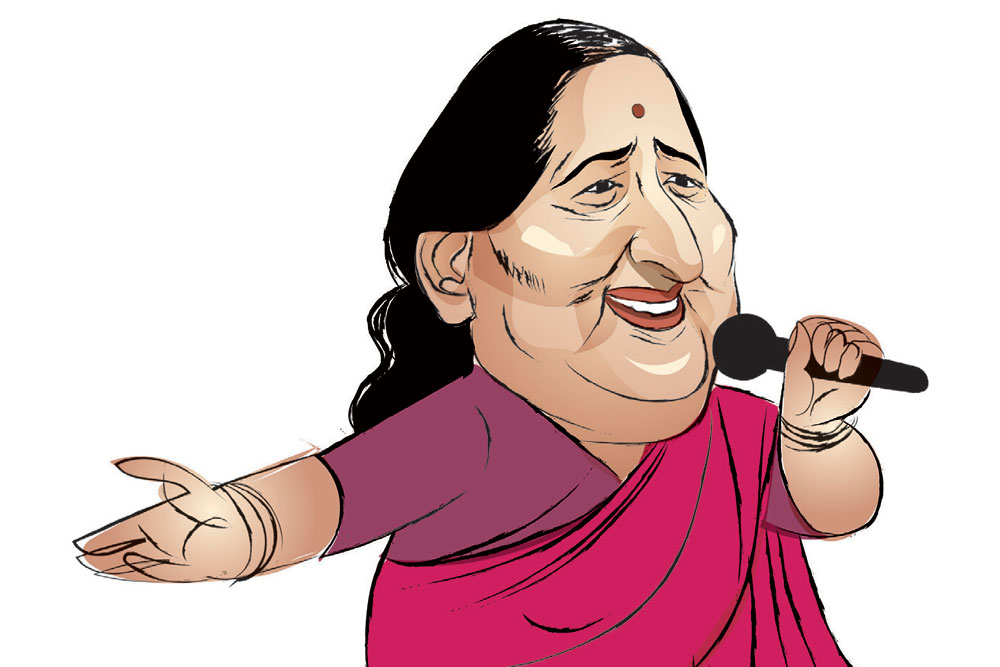 
As the Uttarakhand Assembly election approaches, the buzz is that the incumbent Bharatiya Janata Party (BJP) may get veteran singer Anuradha Paudwal to campaign for development in the state. She is learnt to have recently met the state leadership in connection with support for the Kedarnath temple where she is undertaking social work. She is a devotee and deeply attached to philanthropy—the perfect candidate to campaign for the ruling party in the hill state which has seen three chief ministers in just four-and-a-half years. Paudwal is also in touch with BJP’s master strategists Rajya Sabha member Anil Baluni and party General Secretary Arun Singh.

Name of the Game

The Taliban in Afghanistan are scouting for global recognition. Indian diplomats in South Block are actively in touch with some of the Taliban leaders who had studied in Delhi. On August 16th, Indian envoys met a few Taliban leaders who not only assured support to India but promised zero involvement in the Kashmir Valley provided India didn’t mention the “Taliban” word when expressing its opinion to the rest of the world. Later though, the Taliban informed the UN that the word symbolised identity and was critical in any nation-to-nation interface.

The feud in the faction-ridden Congress in Chhattisgarh has intensified with both Chief Minister Bhupesh Baghel and Health Minister TS Singhdeo having met party leader Rahul Gandhi in Delhi over the past few weeks in the backdrop of speculation about a formula for a mid-term change of leadership in the state. A triumphant Baghel returned to the state capital, Raipur, and held a rally attended by state Congress leaders, members of Parliament, heads of zila panchayats and Congress in-charge of Chhattisgarh PL Punia. The rally is being seen as Baghel’s declaration of continuing in his chair with the blessings of the Congress high command and Singhdeo missing out on the two-and-a-half years of chief ministership as per the agreement.

In Andhra Pradesh, Chief Minister Jagan Mohan Reddy and his sister YS Sharmila are engaged in a bitter battle. They’re not even on talking terms. So, she left Reddy’s party and floated a new party in Telangana. In the 2023 Telangana Assembly election, Reddy’s YSR Congress will take on K Chandrashekar Rao’s Telangana Rashtra Samithi (TRS). And Sharmila is pitching for “Rajanna Rajyam”, or bringing back the golden rule of her father in the state. TRS, however, maintains that she’s not from Telangana and therefore has no stake in the state’s politics.

India is taking the developments in Afghanistan and the rise of the Taliban seriously despite the latter making peace overtures. Come what may, there’s always a threat that Pakistan could use the Taliban to strike against India with collaborators of militants in Jammu & Kashmir. Given the context, the silver lining for BJP could be to gainfully use Pakistan-sponsored, Taliban-enabled terror as a campaign plank in the upcoming Uttar Pradesh (UP) elections. With Intelligence Bureau reports of impending terror strikes on the eve of the state elections across various cities, including UP capital Lucknow, the Union home ministry is on high alert.

Will Congress join the Gupkar alliance for the upcoming Jammu & Kashmir Legislative Assembly election? That’s the big question confronting several regional parties, including the People’s Democratic Party and National Conference, which are part of the alliance. But the alliance has adopted a resolution to restore the constitutional position of Jammu & Kashmir and Ladakh under Articles 370 and 35A, which the Centre had overturned in 2019. It has put Congress leader Rahul Gandhi in a fix—the party may benefit by going the Gupkar way in Kashmir, but in other poll-bound states, the move is bound to attract criticism.

A fresh demand by Bihar Chief Minister Nitish Kumar has come to the fore. The Janata Dal-United (JDU) senior leader’s Delhi-based media spokesman KC Tyagi is insisting on a coordination committee with BJP, JDU and other allies. With differences cropping up between Kumar and BJP on a range of issues, such as the caste census and the Pegasus controversy, an Atal Bihari Vajpayee-led NDA-like “coordination committee” is the need of the hour, feel Kumar and his supporters. 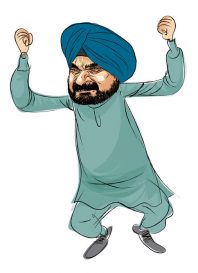 In Punjab, Chief Minister Amarinder Singh seems to be one up on state Congress chief Navjot Singh Sidhu. As the state Assembly election nears, Sidhu’s barbs at Singh have become more acute. But Singh has adopted a fresh approach by reaching out to other state leaders and isolating the cricketer-turned-politician. That explains why Singh recently met erstwhile foes Rajinder Kaur Bhattal and Pratap Singh Bajwa at his residence. Even former Union minister Manish Tewari is now vocally rooting for Singh and is critical of Sidhu.

After the death of the first Chief Minister of Chhattisgarh Ajit Jogi last year, the buzz is his wife, Renu Jogi, and family may join Congress. On the eve of the 2018 state Assembly election, there was talk that Renu Jogi would merge the Janta Congress Chhattisgarh (JCC) with Congress. But Congress refused to play ball since Rahul Gandhi was not in favour of it. Instead, JCC had to tie up with Mayawati’s Bahujan Samaj Party. Today, though JCC has only four MLAs, senior Congress leaders feel it should be merged with Congress as the party is witnessing growing dissidence against Chief Minister Bhupesh Baghel. Now, if the merger takes place, will Renu Jogi get a ministerial berth? Wait and watch.

In Assam, Congress is not in favour of continuing the alliance with Badruddin Ajmal’s All India United Democratic Front (AIUDF). In the last Assembly election, BJP made several gains while Ajmal became a liability for Congress. The Congress-AIUDF alliance worked when Tarun Gogoi was the state’s chief minister. Not anymore. Congress is now trying to figure out the role of its latest defector to Trinamool Congress Sushmita Dev, and whether Trinamool can be a factor in the state’s politics. Now, the Congress high command prefers Tarun Gogoi’s son, Gaurav Gogoi, as chief ministerial candidate, though another section has suggested giving prominence to the son of another former chief minister, Hiteswar Saikia. And the buzz is Gogoi is in touch with Ajmal.