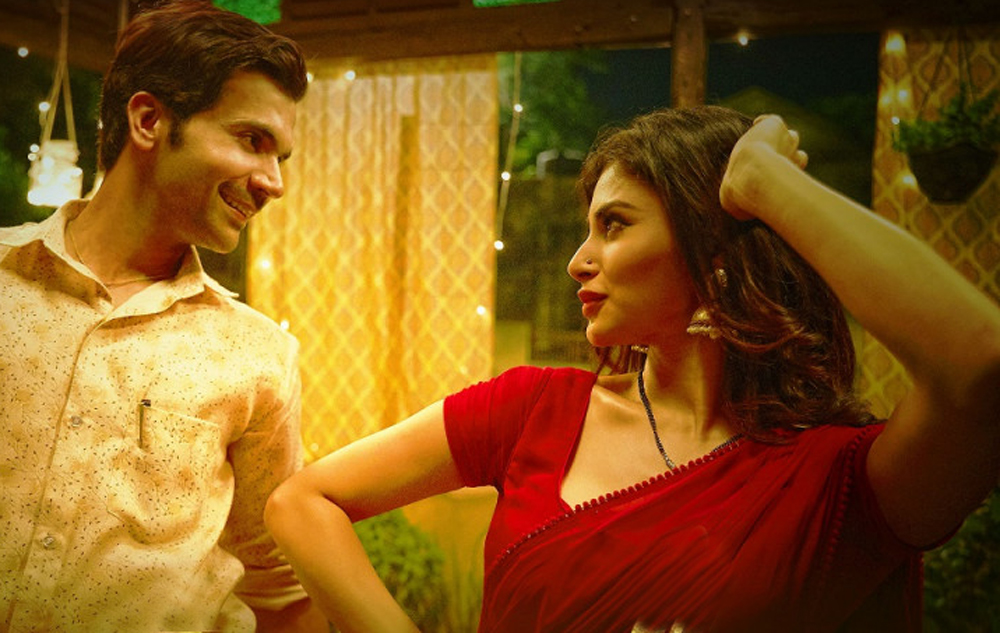 Raghu (Rajkummar Rao), an unsuccessful businessman from a family of entrepreneurs in Ahmedabad, travels to China and meets a famous Gujarati called Tanmay Shah (Paresh Rawal). Since he is worried about the food they eat in the land of the Dragon – fed as he is by stories of snakes, lizards and insects for dinner – Raghu carries a supply of ’thepla’ with him. He offers some to Tanmay and his Chinese friends.

This breaks the ice. The Chinese all say ’Thepla, belly good’, and the great man follows it up by offering Raghu some wonderful business advice. He tells him that, contrary to conventional wisdom, the customer is not ‘King’. He can be sold anything that the salesman convinces him he needs. The customer, he says, is a ‘chutia’, and though the sound on this cuss word is expectedly cut by the censors, he repeats it so often, you can read his lips.

With this sagacious man as mentor, inspiration and guide, Raghu cannot but succeed when he returns to Ahmedabad. The name of the money spinning game, as he has learned in China, is an aphrodisiac that works better than Viagra. The idea of a soup made of ‘Tiger Penis’ may not go down too well in largely vegetarian Gujarat, but ’Tiger Magic Soup’ sounds idiomatic enough for a local brand. So Raghu goes about getting a team to package and market it.

The most entertaining bits of ‘Made in China’ centres around the circumlocutory expressions used by adults in India to talk about sex. During the course of his research on pedlars of miscellaneous treatments that guarantee sexual performance – holy men, frauds and a host of sexual experts – Raghu casually asks his wife, Rukmini (Mouni Roy), if he makes her happy. She assures him that she always goes to ‘the top floor’ and says that the ‘lift’ that takes her there is in perfect working order.

But the funniest scene in the film is when Dr. Vardhi (Boman Irani), an elderly medical practitioner who writes a newspaper column which advises on sexual disorders, absent-mindedly walks into the wrong conference room to give his talk. A PTA meeting is being held there, and the good Doctor waxes eloquent, to an audience of attentive Parents and Teachers, about how stress is the main cause of the inability to achieve satisfactory orgasms.

The problem with ‘Made in China’ is that it is made in India. So like the metaphors for sexual inadequacies that abound in the movie, it starts off on a good pace, but cannot sustain it for long. After a dynamic beginning, the script turns predictable and the writers run out of gags and funny lines. Everyone drinks magic soup for the soul, and the ending is tame.

This is called overkill. After a spate of comedies, stacked with double-meanings, on the over performing or non performing Indian male – films like ‘Vicky Donor’, ‘Shubh Mangal Saavdhan’ and ‘Badhaai Ho’ – there is bound to be audience fatigue on the subject.

Yet rarely do we get to see a movie on female sexuality; an assertive woman and changing sexual politics. Raghu does not even consult his own wife before launching the brand that eventually turns him into a successful entrepreneur. It is as if the Mouni Roy character is placed in the film just to reaffirm the potency of the Rajkummar Rao persona.

‘Made in China’ is a film with potential. But like the placebo effect in ‘Tiger Magic Soup’, deceives to flatter.