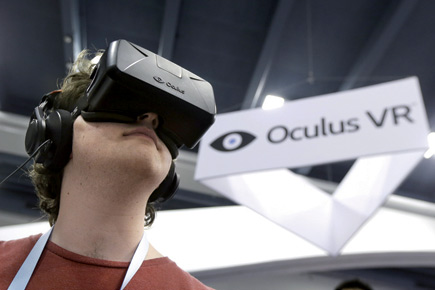 After acquiring WhatsApp, Facebook has recently made another interesting acquisition. It has bought Oculus VR, a company that has been making waves in the world of virtual reality. Oculus VR was acquired for $2 billion—$400 million in cash and 23.1 million equity shares of Facebook.

Virtual reality technologies give people the illusion that they are physically present in a digital world. Oculus VR’s most talked about product is a headset known as the Oculus Rift. Meant to give gamers the most realistic possible experience of digital worlds, the headset’s immense capabilities are showcased in videos that simulate, among other things, the feeling of being decapitated by a guillotine to allowing a man and woman to ‘gender swap’.

The Oculus Rift had so far been seen as a niche technology aimed at hard- core gamers. According to Facebook’s CEO Mark Zuckerberg, the deal reflects his belief that virtual reality will be the next big digital platform after mobile phones. Zuckerberg wrote in a Facebook post, ‘After games, we’re going to make Oculus a platform for many other experiences. Imagine enjoying a court side seat at a game, studying in a classroom of students and teachers all over the world or consulting with a doctor face-to-face—just by putting on goggles in your home. This is really a new communication platform. By feeling truly present, you can share unbounded spaces and experiences with the people in your life. Imagine sharing not just moments with your friends online, but entire experiences and adventures.’

According to media reports, Oculus VR has sold more than 75,000 headsets to game developers, but has not announced when it will release a version in the consumer market.