Shashi Kapoor, the latest recipient of the award, will always be remembered for his eclectic choice of films 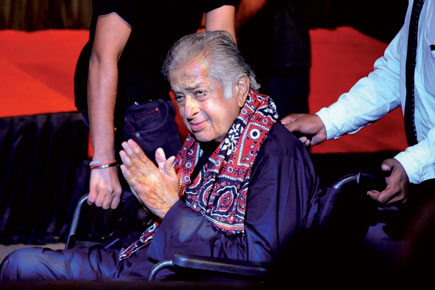 The father of Indian cinema, Dhundiraj Govind Phalke, or Dadasaheb Phalke, was a producer- director-screenwriter, and made India’s first full-length film—Raja Harishchandra—in 1913. He made 95 movies and 26 short films in his career spanning 19 years, finally giving up his clipboard only after the ‘talkies’ took over. In honour of his contribution to cinema, the Government of India instituted the Dadasaheb Phalke award in 1969—to be conferred on individuals for an outstanding contribution to the development of Indian cinema. Devika Rani was the first recipient of India’s ‘highest award in cinema’. The latest recipient is Shashi Kapoor.

Kapoor is the third person from the illustrious ‘first family of Indian cinema’ to receive the prestigious award. Earlier recipients include his father Prithviraj Kapoor (in 1971) and elder brother Raj Kapoor (1987). While it’s tragic that Shashi Kapoor is in the midst of a critical battle with an illness, this founder of Mumbai’s Prithvi Theatre will always be remembered for his eclectic choice of movies, and, of course, his charming smile.

The winner of two National Film Awards, Kapoor made his debut as a leading man in Dharmputra (1961), and his last film was Side Streets (1998). An actor-director-producer, Kapoor acted in several English films as well, apart from appearing in what’s popularly known as ‘parallel cinema’. His notable roles include the one he played in Vijeta, arguably one of the best films based on the Indian Air Force, and his guest appearance in Ijaazat.

In his earlier films, Kapoor usually played the quintessential romantic hero. He had the screen name of Ravi or Shekhar in most Yash Chopra films—just as Amitabh Bachchan was either Vijay or Amit. The Dadasaheb Phalke Award will be conferred on the 77-year-old thespian at the 62nd National Film Awards ceremony.