Reportedly, almost Rs 48.75 crore has been spent on looking after Kasab 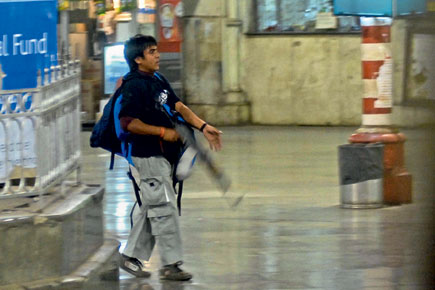 Reportedly, almost Rs 48.75 crore has been spent on looking after Kasab


Maharashtra’s home department recently revealed that almost Rs 16 crore had been spent over the last three years to keep Ajmal Kasab in jail. Kasab was the only terrorist among those who gunned down more than 100 people on 26 November 2008 in Mumbai who was captured alive.
Sentenced to death by a special anti-terror court, Kasab, in his mid-20s, is lodged in a special cell in Arthur Road Jail, the construction of which alone cost the state exchequer over Rs 5.24 crore. An additional Rs 1.5 crore was spent on building a special prison ward inside JJ Hospital. And Rs 26,953 has been spent on taking care of his medical needs.

According to state Home Secretary Medha Gadgil, Rs 10.87 crore was spent between 28 March 2009 and 30 September 2010 on his security cover provided by the Indo-Tibetan Border Police. At the same time, news reports point towards the State Reserve Police Force companies deployed for his security, which is estimated to amount to Rs 3.5 lakh per day.

Gadgil says the expenditure does not include the legal fees. This was estimated to be in the range of Rs 12 lakh until the case was challenged in the apex court. Special public prosecutor Ujwal Nikam’s fee has reportedly since gone up to Rs 50,000 a day for every hearing, along with business class air travel and a VIP suite in the state guesthouse.

Many news reports claim that almost Rs 48.75 crore has been spent on looking after Kasab and that the home department has spent Rs 1.5 crore on providing special vehicles for use around Arthur Road prison.

Disregarding claims that the terrorist was being fed delicacies like biryani, Gadgil says a modest Rs 27 per day was spent on providing him food.