Author Lelyveld says he has not used the word ‘bisexual’ 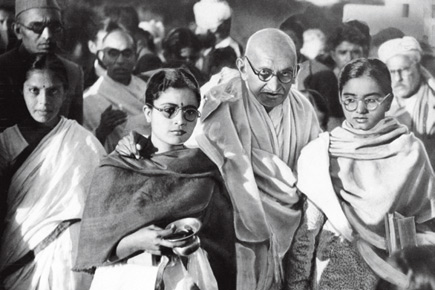 Author Lelyveld says he has not used the word ‘bisexual’


Two recent books on Mahatma Gandhi reveal less known aspects of his life. Going Native: Gandhi’s relationship with Western Women by Thomas Weber, a Melbourne-based scholar, explores the ‘complex relationship’ he shared with them, and isn’t as controversial as the title suggests. The publishers describe the book as one on Westerners who ‘went native’. These are women who lived with Gandhi as friends and disciples, drawn to him by an interest in celibacy, or came to him seeking a spiritual master. Some joined him because they were fixated on his person rather than any interest in his social programme.

The Centre, though, is contemplating banning Great Soul: Mahatma Gandhi and his Struggle with India by Joseph Lelyveld. Lelyveld was executive editor of The New York Times for seven years, and won a Pulitzer prize for a book on South Africa in 1986.

The book ‘obligingly gives readers more than enough information to discern that he (Gandhi) was a sexual weirdo, a political incompetent and a fanatical faddist—one who was often downright cruel to those around him…’ opines Andrew Roberts in his book review for The Wall Street Journal.

It suggests that the reason behind Gandhi’s celibacy was his bisexuality. In particular, it refers to his love for a German-Jewish architect and bodybuilder Hermann Kallenbach.

Joseph Lelyveld, however, states that nowhere has he mentioned the word ‘bisexual’. He also denies having called Gandhi a racist, reports The Times of India. “The word ‘racist’ is used once to characterize comments by Gandhi early in his stay in South Africa… The chapter in no way concludes that he was a racist or offers any suggestion of it,” Lelyveld has been quoted as saying in TOI.