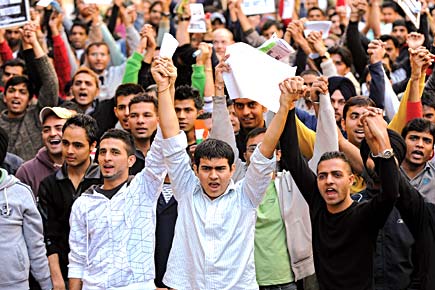 All nations are racist but the Aussies, like at their cricket, are better at it than others


All nations are racist but the Aussies, like their cricket, are better at it than others. In a 2003 survey, one in 10 Australians identified themselves as unrepentant racists.

Muslims, Asians and most notably Aborigines have been targets of discrimination. Right up to the 1970s, children of Aborigines could be legally taken away from their parents, so that they didn’t grow up as Aborigines. About 100,000 children grew up without their parents, in what one famous Australian human rights activist, called ‘attempted genocide’.

After it had turned the Aborigines into second-grade citizens, in 1901 the country started implementing policies, collectively called White Australia policy, which prohibited non-whites from entering the country. These policies have been revoked, but immigrant hatred keeps surfacing.

The MNS of Australia is One Nation. Like the Raj Thackeray-led party, this is rabidly against immigrants. One of the ten reasons it asks Australians to vote for it is: ‘to keep unsuitable people out of our country, whether they arrive here legally or illegally, and deport the ones that are here now.’

Racism sometimes bursts out unexpectedly from ‘good blokes’. Darren Lehman, former Australian cricketer who coached the Deccan Chargers to victory in the IPL, was in 2003 run out against Sri Lanka. In the dressing room, he loudly called them ‘black cunts’. It was heard by Sri Lankan officials, who complained, resulting in a furore and ban.

Attacks on Indian students are thought to be a combination of racism, lawlessness on the streets and recession, which make immigrants and students look like usurpers of jobs.

The Australian government however doesn’t think there’s a racist component. Simon Crean, Australia’s trade minister, argued that the attacks on Indian students were not racially motivated because the Indian Government had not alleged so. He is wrong. Manmohan Singh condemned the “senseless violence which is racially motivated” in Parliament.

An Australian police officer created a new term to categorise the attacks: opportunistic. It’s hard to figure what he meant, but the word that he and his country should look up in the dictionary is ‘denial’.