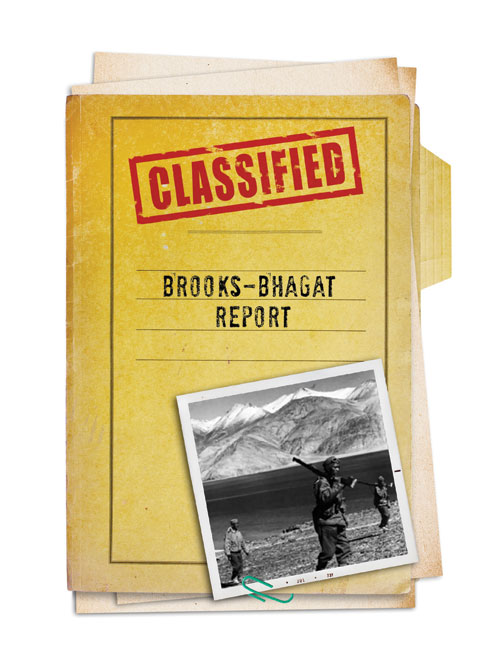 
ARE INDIA AND China about to go to war? A simple answer, despite the loss of at least 20 of our soldiers including a colonel, would be ‘not likely’. However, the prospects of a definitive and lasting solution to the outstanding border dispute do not seem imminent either, despite some encouraging signs.

Apart from statements by Prime Minister Narendra Modi and Defence Minister Rajnath Singh, there have been foreign-minister level talks between External Affairs Minister S Jaishankar and his counterpart, Wang Yi. As I write this, our Army Chief General Manoj Mukund Naravane is at the border in Ladakh. He is not only boosting the morale of the jawans guarding our icy frontiers in an especially inhospitable part of the world, but actually checking the situation on the ground.

While everyone knows how powerful, both economically and militarily, China is, India can take some comfort from studies such as Harvard Kennedy School’s Belfer Center which suggest that India has an advantage in a hilly and high-altitude fight. Our soldiers, moreover, are more battle-hardened and fighting-fit. China, on the other hand, would like to win, as per the Sun Tzu doctrine, without firing a single shot. Both nations are not only nuclear-armed, but mature enough to avoid a precipitous conflict.

But given the ongoing skirmish, it is not surprising that the demand for the tabling of the Brooks-Bhagat report has resurfaced yet again. This report, commissioned by an Indian defence establishment shocked by the 1962 debacle against the Chinese, was submitted by Lieutenant General Henderson Brooks and Brigadier Premindra Singh Bhagat in 1963. It remains top-secret, not having been declassified to date.

In the past, there have been repeated calls for it to be made public. However, both Congress and non-Congress led Governments at the Centre have resisted such requests. Now, BJP MP Tapir Gao, representing the Arunachal East constituency in the Lok Sabha, has once again asked for the report to be tabled. He believes that it will help us learn valuable lessons from our previous defeat.

How true is this assumption? Well, for starters, any confident democracy should not hesitate to make public a document over half-a-century old. The argument that it would demoralise us or show our leaders in a bad light no longer holds. The situation today is different and most of the key actors of 1962 are dead. A critical appraisal of our faults and flaws should not be averse to a self-assured republic.

Moreover, a large part of the document has already been leaked by Australian journalist-writer Neville Maxwell in 2014. It is not clear how Maxwell got hold of a report of which the only two known copies were in an army vault in South Block. He was the correspondent of the London Times during the 1962 war. Eight years later he released his book, India’s China War (London: Jonathan Cape, 1970). Maxwell argued that the ‘fierce border war… sharply reduced the role and status of India in world affairs’ (page 11).

In order to compensate for our disadvantage in Aksai Chin, where we had already lost so much territory, the then Prime Minister Jawaharlal Nehru, along with Defence Minister VK Krishna Menon and Lieutenant General Brij Mohan Kaul, implemented the so-called ‘Forward Policy’. According to Maxwell, ‘Assuming that as possession is nine-tenths of the law India had only to go and stand on as many parts of Aksai Chin as possible to turn the tables on China’ (page 175). Of course, this was a tactical error and proved disastrous, given how unprepared we were.

Maxwell uploaded a portion of the Brooks-Bhagat report on the internet, where it is still available (bit.ly/2Z2MqR8). If so, why not officially release the whole report? Maxwell, in an article in Economic and Political Weekly in April 2001 said that ‘the report includes no surprises, and its publication would be of little significance but for the fact that so many in India still cling to the soothing fantasy of a 1962 Chinese ‘aggression’’. What he means is that the Indian Government succeeded in convincing the public that we were taken by surprise by a Chinese invasion and had no option but to retaliate even though it meant certain defeat.


The situation today is different and most of the key actors of 1962 are dead. A critical appraisal of our faults and flaws should not be averse to a self-assured republic

The purpose of the Brooks-Bhagat report, thus, was to inquire into the causes of India’s debacle without allowing the needle of criticism to point too close to Nehru or Army Chief General Pran Nath Thapar. It was meant also to paper over the deep cracks in the army between those who belonged to the old school of professional soldiers and others who had political patronage, like Kaul and his coterie called ‘Kaul’s boys’. Kaul, disgraced by the defeat, had to resign. Chief of Army Staff General Pran Nath Thapar also resigned on November 22nd, 1962, the day following China’s declaration of ceasefire.

General Jayanto Nath Chaudhuri, who succeeded him, ordered the enquiry.

Apart from Kaul, another key culprit, according to the report, was Intelligence Bureau Chief NB Mullick. Also a Nehru confidant, Mullick repeatedly misled Nehru and Menon into believing that the Chinese would not dare to attack India. The border police was under his command. When he handed over the front to the army, it was already too late to rectify the situation.

What Brooks and Bhagat did, despite attempts by Army HQ to muzzle and obstruct them, was to name names. Their roll of dishonour included, besides Menon, Kaul and Mullick, Foreign Secretary MJ Desai and Brigadier DK Palit. The latter, as Director of Military Operations, openly maintained in August 1962 that the Chinese did not have the capacity to fight back. As Maxwell put it, Palit also ‘blindfolded the enquiry… personally faced down both Brooks and Bhagat, rode out their formal complaints about his obstructionism, and prevented them from prying into the ‘high level policies and decisions’ which he maintained were none of their business’.

The report repeatedly indicts Kaul, the Chief of General Staff and Commander 4 Corps, and his contradictory and incompetent handling of the war effort. Brooks-Bhagat’s criticism of Kaul is scathing and unambiguous: ‘The Chief of General Staff, sitting in Delhi, ordering an action against a position 1,000 yards north-east of Dhola Post is astounding. The country was not known, the enemy situation vague, and for all that there may have been a ravine in between, but yet the order was given.

This order could go down in the annals of History as being as incredible as the order for ‘the Charge of the Light Brigade’.’

Luckily, 2020 is not 1962 redux, nor is Modi anything like Nehru. In fact, they are as unlike as chalk and cheese—without prejudice to who’s who, which depends on which side you’re on. Yet, it is imperative to avoid contradictory signalling and confusion on how India is handling the crisis. We just saw how the Prime Minister’s assertion at the all-party meeting on June 19th that ‘Not an inch of our land has been lost, neither has anyone occupied our posts’ resulted in much needless controversy, followed by clarifications and retractions.

One revealing complaint in the report, not surprisingly, is about the mishandling of the press and information. Tabling the Brooks-Bhagat report, soon, even if not immediately, will help us eschew even more serious tactical errors. Schisms within the Army on the one hand, and between the armed forces and the civilian power centres on the other hand, can be avoided or amended before they prove disastrous. The report will highlight the urgency of making sure such errors are not repeated.
But, in any case, we are a democracy, not a closed society like China. The people have a right to know.