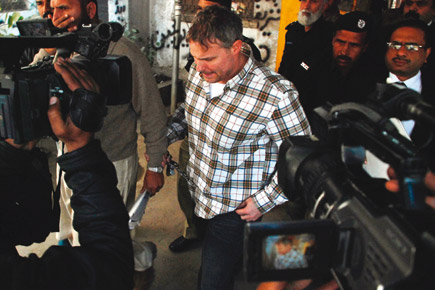 
On 27 January, an employee of the US consulate in Lahore driving through a market found himself accosted by two gunmen, Faisan Haider and Mohammad Faheem, on motorcycles. But Raymond Davis, a private security officer, was prepared. Claimedly fearing that he was about to be robbed, or worse, he pulled out his Beretta and shot the two armed men, one of whom died instantly. He then called for help. The car that was to come to his rescue ran over a person who later died. The other gunman also died in hospital.

Then came the real drama. The police who took Davis into custody said it was a robbery attempt, and so it was unlikely that he would be charged with murder. However, the possibility of charging him for carrying an illegal weapon was raised. A short while later, a police officer said that a murder case had been registered against Davis. A few days later, unverified reports began to emerge that the two men Davis had killed were intelligence agents.

Then the brother of the pedestrian killed by the backup car—driving down the wrong side of the road due to a traffic jam—called for Davis’ hanging. After it became clear the US was insistent on Davis’ release, Faheem’s wife Shumaila told a television channel she was in shock and had decided to kill herself. AFP reported her saying, “We want blood for blood.” Soon after, she killed herself by consuming rat poison. The hospital she died in attracted vocal opponents of the US from various political parties and religious organisations.

The claim of full diplomatic immunity didn’t impress a Pakistani court that ordered Davis’ detention and barred him from leaving Pakistan. The US insisted that Pakistan was holding him illegally. Political representatives in Pakistan said that the law had to take its course.