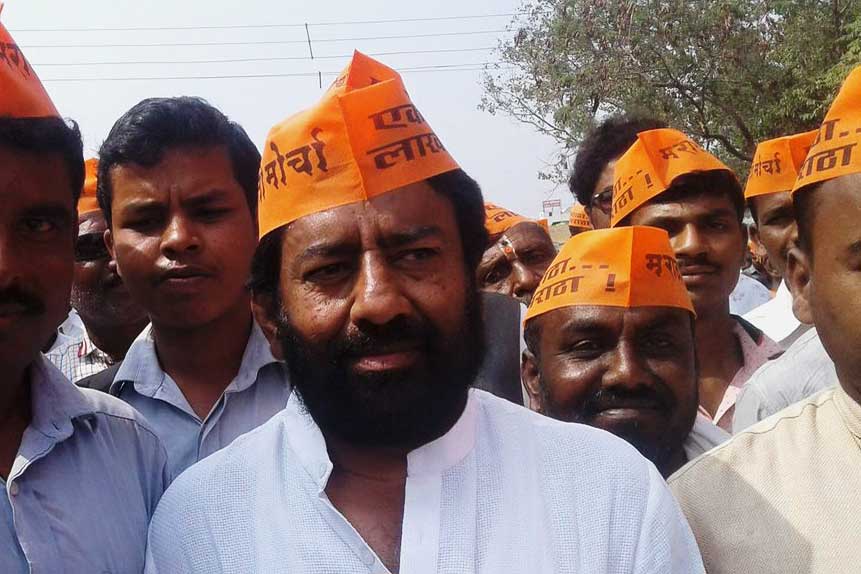 Ravindra Gaikwad, the Shiv Sena MP, reminded me of A Hundred Fables of La Fontaine I had read a long, very long time ago. First the fable called “The Animals Sick of the Plague,” and, then, why.

The fable begins with a crisis. Animals in the forest are plague-stricken. They begin to perish, one after the other. Alarmed, Lion, the king of the forest, holds a council to address the dire emergency. “Friends,” he began, “this scourge has come upon us as punishment for the hidden crimes of one among us. To save our kingdom, let us identify the offender and offer him as a sacrifice to appease the angry gods.”

The Lion volunteers, thereafter, to confess. He admits to having killed many sheep and even eaten up a few shepherds.

To this the fox responds, “Sir, your majesty is humbler than others. How can a lion eating a few sheep, or their shepherds, be ever counted a crime? On the contrary, by eating them, you conferred an honour on them.” This was followed by other animals making their confessions, all of which were discounted as insignificant. Then came the turn of the lowly ass.

“I happened to pass through the meadow of a monastery. Hungry and tired, I yielded to the temptation to steal a bit of grass while the monks were at their mass.”

The ass’ confession is roundly condemned as an offence heinous enough to have brought the plague upon the forest. It merited nothing less than death.

“Thus human courts acquit,” La Fontaine comments, “the strong and doom the weak, as therefore wrong.” When men behave worse than animals, what else can we do except go to animals for help to understand why men behave the way they do?

Events like the one involving the Shiv Sena MP and the Air India employee are our dates with truth. It is funny when some look shocked and indignant that such atrocities cannot only be perpetrated but also be gloated upon as deeds of valour by a lawmaker.

“I gave him twenty-five slaps and would have thrown him off the aircraft,” Gaikwad boasts, as though doing anything less would have belittled the honour of the class he belongs to and, what’s more, the vibrant image of the party he adorns.

Is the Shiv Sena MP working according to some alien hypothesis, or as per the ground realities that we dare not look in the face?

Some five years ago I was on an Indigo flight from Trivandrum to New Delhi, with a brief stop-over in Cochin. I held seat no 1 F. At Cochin I was asked by an airline staff to relinquish my seat and shift to the fourth row. On demanding to know why I should do this, I was told that a Central minister was boarding the flight from Cochin. He had seat nos. I A, B and C. But that wouldn’t do. He was particular that the six front seats should be at his disposal, so that his staff could be near him.

I was incensed. “Am I traveling on charity?” I asked. He turned sheepish. He expostulated that he was only doing his duty.

“I do not wish to argue with you,” I told him. “Please tell the honourable minister that I shall surrender my seat to him, if he convinces me that there is a good enough reason for my doing so.” Fortunately, the matter ended there. I was not roughed up. I was well aware that I was taking a huge risk. If it pleased the minister to let his lackeys loose on me, I knew I could only stomach the insult and keep quiet. As an ass in the animal kingdom afflicted with the plague of VVIP arrogance and feudal entitlements, I risked much in standing on my rights as an ordinary citizen in a country where rule of law remains in a precarious state. One rule alone reigns supreme, “might is right”.

Not convinced? Well, how about the following episode?

Some years ago I was travelling on Christmas Eve with my wife and daughter by Indian Airlines (as it was then known) from Delhi to Trivandrum via Chennai. We had confirmed tickets for the connecting flight from Chennai. When we presented our tickets at the counter, we were in for a shock.

“Sorry, the flight is over-booked.” I was told that the airlines had no responsibility towards us, even though we held confirmed tickets.

A few minutes later we saw tickets for the same flight being sold by the airlines staff at ten times the usual price, right next to the counter. That day we had a taste of the rudeness and crudeness of the airlines staff and our helplessness as citizens.

The flight took off, leaving us stranded. I ran from pillar to post, seeking help. All doors were slammed on me. Fortunately, I had the contact number of one of my old students based in Mumbai, who was a big-wig in the airlines. “You will be taken care of,” he assured me. “You will board the morning flight tomorrow. All arrangements till then will be made by the airport manager, who will reach you in ten minutes.”

He did. This is the ground reality. I have no reason to believe that this has changed since then. If you are a citizen, the boot is always on the other leg.

The airlines staff would have bared their fangs if, instead of an MP, an ordinary citizen were to insist on his rights, leave alone fanciful and offensive entitlements that are a frontal insult to the very notion of democracy. Air India is a bankrupt airline that survives with gigantic subsidies from the tax payers’ money. By what courtesy of consideration is an MP treating it as his personal property? What is his contribution to the viability of the national carrier? Why should politicians be entitled to business class travel? Especially by a sick airlines that is on the ventilator of precarious survival?

The Parliament Secretariat needs to tell the citizens the loss to the national carrier inflicted annually by members of Parliament. Also, issue routine apologies each time an MP insults citizens and employees, while lording it over us at our expense.

The issue, in the end, is not that a senior staffer of the national carrier is insulted and intimidated with murderous assault. It is that we are still far away from bottom-line norms of rule of law. Law is a brittle cobweb in our country for those who have the requisite clout.

That is why the Shiv Sena MP is so brash. He makes no attempt to hide or dilute the gravity of his offence. He gloats over it. The logic of it should worry us. When rule of law is a teasing illusion, the effrontery to fly in the face of the rights and dignity of fellow citizens becomes the measure and proof of a VVIP’s raw power. Defying the law of the land with immunity is the foremost proof of being superior to ordinary mortals. If you cannot be a law-breaker, what’s the fun in being a law-maker?

A year ago, a national TV channel launched a crusade to rid India of “VVIP racism”. High decibel sounds were generated for a few days. The agenda has been, since then, abandoned. Pragmatism dawned on the anchor concerned. He realized that he was being no more than a latter day Quixote. That VVIP racism will not move, even if the Himalayas were to shift and fall into the Arabian Sea.

Now that the Shiv Sena MP has given us a taste of who we are and where we, as citizens and public servants, stand vis-à-vis the political class, confused noises will be made for a couple of days. Then forgetfulness, the balm of hurt minds, will make us re-embrace the myths and illusions that serve as anaesthetics against the pain of our hurting insignificance. Gaikwad, and dinosaurs of his ilk, will be served more slavishly next time they board an airline; despite the knee-jerk ban now announced on the aggressor. Until a democratic revolution takes place in our national psyche, no airlines will be able to keep even Mr. Gaikwad’s chappals out of the sanctuary of VVIP entitlements.