Don't become second to a drug 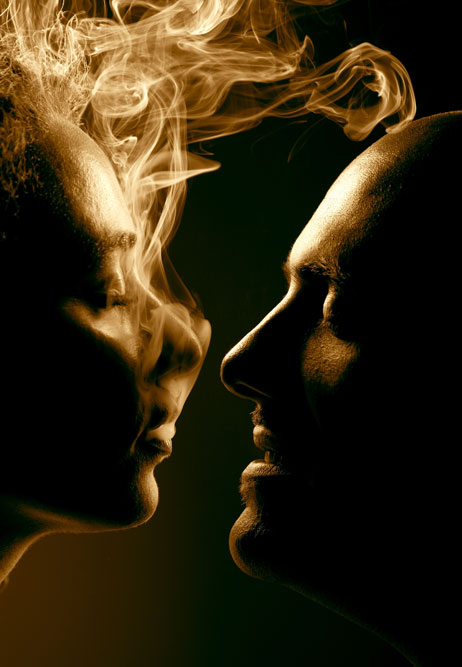 He was playing Tetris. The man who held my life in his hands was busy playing Tetris. I knew he was testing my patience, relishing in my helplessness. I wanted to slap him. But he had my passport. And he was armed. So I resigned myself to watching the bricks fall. Yellow diagonals, purple squares, pink octagons. Why had I ever come to Istanbul? The squeeze caught me by surprise. One minute I was glaring at the computer screen and the next I was down on the floor. The last thing I remember was looking down at my torso to see what on earth was making it so difficult to breathe.

It took me two years before I allowed anyone to tell me what had occurred later that night. I wanted to blank it all out, to pretend it had never happened. No part of me wanted to remember what it felt like to be stranded in a foreign country with a broken rib and a boyfriend high on meth. When I finally found out what had transpired after my rib had knocked up my lungs, I was amazed to discover that I really had forgotten it all. I simply couldn’t recall the passport official driving me from the immigration booth to the hospital, the doctor cutting me open, the cop arresting my partner or the Pegasus Airline attendant holding my hand as I cried my heart out for being loved less than a drug. I did, and still do, however, remember the Tetris.

And I remember him, the junkie I could never stop.

White Magic by Arjun Nath is a new, tell-all book of a drug addict’s life in India. I read it this weekend and every word rang with familiarity. Everybody talks of the physical, psychological, spiritual and emotional trauma of drug addiction. Very few understand that it goes beyond all that. Loosing yourself to the powder is to, in some ways, cease being human itself. All that one expects from our race is lost when the addiction sets in–control, empathy, memory, realisation, respect, and, love.

But that is not to say junkies aren’t alive. They are infact more alive. They’ll be the ones who’ll show you how to dance till it feels like the skin has peeled off your feet, and you’re left swirling on your own bones. They’ll be the first to try that odd new pizza topping on the menu and the last to ask stupid things like “Will you pass that exam?” They’ll come with a joint when the rains arrive, leave everytime you need some time alone and stay when all you want is mindless soul-shattering sex. They are the easiest, coolest, funnest, boldest, craziest people to love. I met my junkie at university in London. And it was love at first sight.

Ours was a generation of extremes. Our parents said, “Here’s a credit card, a phone, a laptop, an iPod… Now go.” And we did. Nothing in our lives was a half-measure. We jogged in the snow to loose weight, ate chocolate bombs at Harrods with a gold knife and fork, cleared impossibly high cut-off marks, applied for eight-figure salary jobs, travelled to tiny Ghentish villages in search of cocaine, presented PowerPoint slides while the powder in our system made us ache to climb onto the ceiling and recite Itsy Bitsy Spider, and we loved, loved one another as though not loving was never even an option.

Dating an occasional user was a dream come true. Dating an addict was hell. It takes a lifetime to process that the person you knew is gone. Violent fits, rampant cheating because they thought the ‘other girl was you’, unanswered calls for weeks on end, sex that left you bleeding inside out and constant, constant lying… nothing is ever enough to convince you that your soulmate has slipped out of your hands. In the same way my friends thought they could save their relationships from geographical, caste and religious barriers… I thought I could save mine from drugs. It took an unprovoked, undeserved beating in Turkey and two years apart to make me realise that the bond had snapped even before I could attempt to hold it together. The bond snapped the first time he snorted.

I still think of the Tetris. Those funny-shaped blocks falling, trying to fit into one another, the ones that you fail to stop or fit simply vanishing into thin air. I wish then that someone had told me to never let him do drugs, hard or soft, at all. I am ashamed that I let him carry powders and roll-ups to bed, to the cinema, to classrooms, to parties and to dinner with his family because he was ‘so much fun when high’. But then I truly believed our bond was stronger than a chemical. I thought I could stop him at any point. He’s the piece of my life that has since vanished because I could never stop him or find a way to fit him in. Like Nath’s book reveals, no one can ever expect the pace or extent to which drug addiction can change a person.

I was at a late, late night party yesterday. For once I ignored conversation and quietly observed everyone around me. Maybe I’d never noticed or cared to notice but the number of joints and mixes doing the rounds was overwhelming. It was frightening to see people continue to gamble with their lives and loves even today. We’ve all read the stories and seen the movies, but somehow the tragedies of drug addiction gets lost in the high, till it’s too late. I would never say ‘Don’t date someone who does drugs’ because I did and I would do it again if I had to. But don’t loose him or her to something that’s stronger than the both of you. Save your relationship before you become second to a drug.