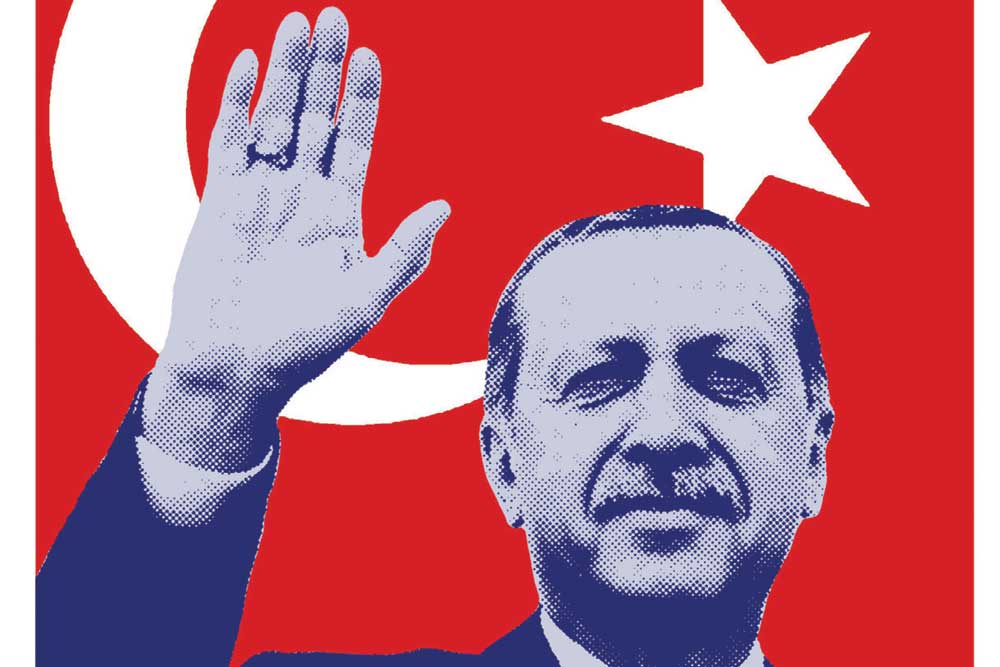 THERE WAS MUCH to admire about the Turkish President Recep Tayyip Erdoğan when he first appeared on the international scene. As the mayor of Istanbul, he had once been imprisoned for reciting a poem and going against the then military-backed leaders. When he became prime minister in 2002, although a political Islamist, he was looked upon with hope as a leader who was going to clip the military’s wings. Erdoğan did that and more. He went about fixing the country, generating economic growth, boosting civil liberties, talking of peace and conflict-resolution with Kurds, offering apologies and condolences for past massacres and genocides.

Fifteen years later, that hope has all but shattered. He has overnight brought about the most radical overhaul the Turkish state has seen. Declaring himself as the winner of a nationwide referendum on its constitution, he has now installed himself as what can be best described as an elected dictator. No leader since the founder of the modern republic, Mustafa Kemal Ataturk, has reshaped the country more than him. One would have thought that after serving more than a decade as prime minister, his time was up. But now with the verdict, his time has just begun, it appears.

His victory at the referendum casts aside all democratic ideals of checks and balances and the separation of powers. The Turkish state is now not a parliamentary democracy, but a presidential one. The office of prime minister ceases to exist. The president can appoint members of the cabinet and make laws by decree. He can be elected for two five-year terms as president, not including his current term. If Erdoğan gets Turkey’s parliament to call for an early poll during his second term, he can even run for a third. That could keep him in the job until 2034. He will be 80 years old then.

This headlong pursuit of total power has of course been happening for some time. He has been using any glimmer of opportunity to ruthlessly pulverise dissent. In 2007, he got several military officials, journalists and lawmakers opposed to him prosecuted for being supposed members of a clandestine organisation called Ergenekon that was allegedly plotting against the Turkish government. His regime has been brutal in its crackdown on protestors. He cracked down violently on a park full of demonstrators in 2013. A 16-year-old boy was arrested for insulting the president and a former Ms Turkey was convicted for sharing a poem critical of Erdoğan on social media. And the strongman used the opportunity provided by last year’s failed coup to bring the country under a state of emergency and unleash a reign of terror. Newspapers and TV stations that questioned him were shut down, an estimated 120,000 public officials were sacked, and some 50,000 people were detained.

Turkey currently faces several issues. Its economy is slowing down, the tourism industry is going through a collapse, and the Syrian civil war nearby and the influx of refugees poses dangers and burdens. Erdoğan has been able to use all this effectively to argue that Turkey needs a new constitution with a strong president.

After the results were announced, Erdoğan claimed that that the result was a victory for all. The win, though, was far from convincing. He won by the slimmest of margins, just over 51.4 per cent of those who voted. Large urban centres like Istanbul, Ankara and Izim voted ‘No’. Many observers have even accused him of rigging the outcome.

But Erdoğan has been able to manage all this effectively and finally gotten the constitution he has long coveted. Now, unrestrained by old rules, with no strong opposite number, and presenting himself as the only fit person to lead a beleaguered state, Erdoğan the president ushers in Erdog˘ an the dictator. He is more dangerous than he has ever been. And his country and the world around more tense for it.