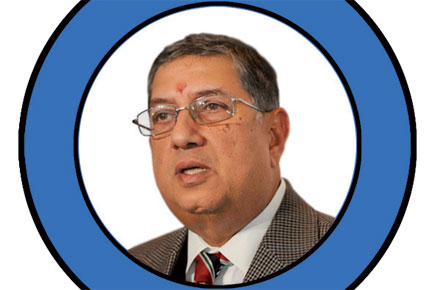 He is a man whose son-in-law is directly implicated in a betting racket involving the IPL team that his company owns. The Supreme Court itself has forced him out of the running of the Board of Control for Cricket in India (BCCI) despite his being its president. And yet, N Srinivasan, who is also president of the International Cricket Council, seems unfazed.

The East Zone of the BCCI, whose turn it is to propose who the president will be, has once again decided to bat for Srinivasan. It was part of a majority of BCCI’s 30 affiliated state units that met recently in Chennai in support of Srinivasan—who was also part of the proceedings—and schemed to bring him back to power. To that end, they are going to postpone the Annual General Meeting of 30 September when the president is to be elected.

This is because Srinivasan has been barred from contesting the election until the Supreme Court appointed Mudgal Committee report on IPL betting is out. One would think the state cricket associations would have sensibly found a new president to lead the BCCI, but their servility to Srinivasan doesn’t bode well for Indian Cricket.