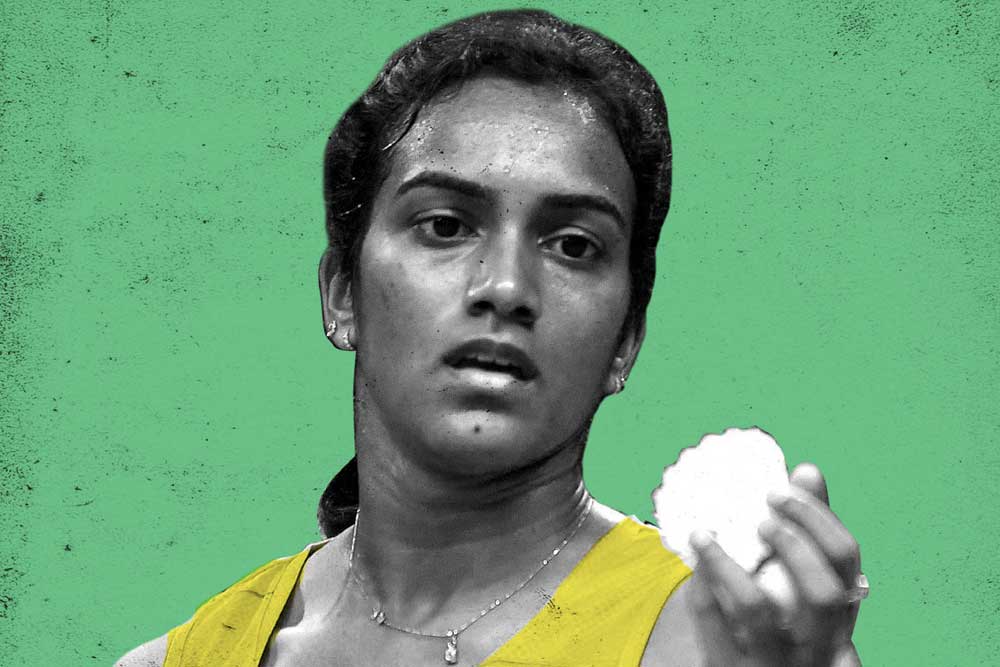 THERE IS SOMETHING poor about badminton on TV. It does not have the testosterone-fuelled theatrical flourish of say football, or the made-for-TV scale of cricket, or the kind of historical romance bequeathed to tennis. Its tournaments are not well known. It doesn’t have celebrated courts and venues like the other games possess. It is, at the end of the day, a game, too simple perhaps, consisting of racquets and a humble shuttlecock.

Save for the occasional appearances of champions like Prakash Padukone, P Gopichand, and later Saina Nehwal, the game has grown away from people’s consciousness and the television landscape in India. Not surprising then that until recently, the most well-known thing about badminton wasn’t any of these players, or even the game itself but the actor Jeetendra, an apparition in white, performing the impossible feat of dancing while playing badminton in a 1970 movie.

But open a newspaper today, switch on the television or look up at a highway hoarding, and there’s a big chance that if it’s not a cricketer, film- star or Narendra Modi, looking back, it will be the athletic frame of a young badminton star. PV Sindhu, has almost single- handedly forced badminton into the national conversation, elbowing out even cricket and its overpaid stars from Indian living rooms.

It’s been a year since Sindhu first emerged in the national consciousness, as the youngest and first Indian woman to win a silver at the Olympics. But while the social media cheerleaders of badminton and sports-other-than-cricket have moved on, waiting perhaps for the next Olympics, Sindhu has been going from strength to strength. She’s had a series of terrific podium finishes since then. Last week, she won the Korean Open Super Series by defeating her Japanese rival Nozomi Okuhara, the same person she had lost to less than a month before at the World Championship final. Her Korean victory didn’t just quieten the murmurs about how despite her talent she always finished second. It has begun to point to the emergence of a serious and mature badminton talent, someone who is going to dominate a global sport in a way few Indians before her have.

Her success, at the age of 24, might appear sudden and too soon. But it’s one that is based on a life completely devoted to her sport. She has been training at Gopichand’s academy in Hyderabad— six days every week, sometimes as early as 4.30 am—since she was eight years old. She does not use Twitter or Facebook, considering them distractions. Her father answers her cellphone, and very often accompanies her when she meets friends. In the early part of her life, her father would have to drive her to the academy in the morning, then to school, and then back to the academy again in the evening. When this got too much, after some four years, she began to live at the academy, and later her family relocated to a house near its premises. As a child, very often, she would break down into tears because Gopichand would scold her for not delivering her best. When I spoke with Sindhu three years back, then just 19 years of age, while doing an article about Gopichand’s academy, she had no regret or hesitation about the kind of discipline her life was subjected to, even as a teenager. “In the life of a sportsperson, if you really want to excel,” she remarked then, “you should be struggling to fit in anything in your life other than that sport.”

She has probably struggled to fit in anything else. But if her latest achievements are anything to go by, she is more than just excelling. She is turning a country into badminton aficionados.