Politics Bowls a Bouncer in Chennai 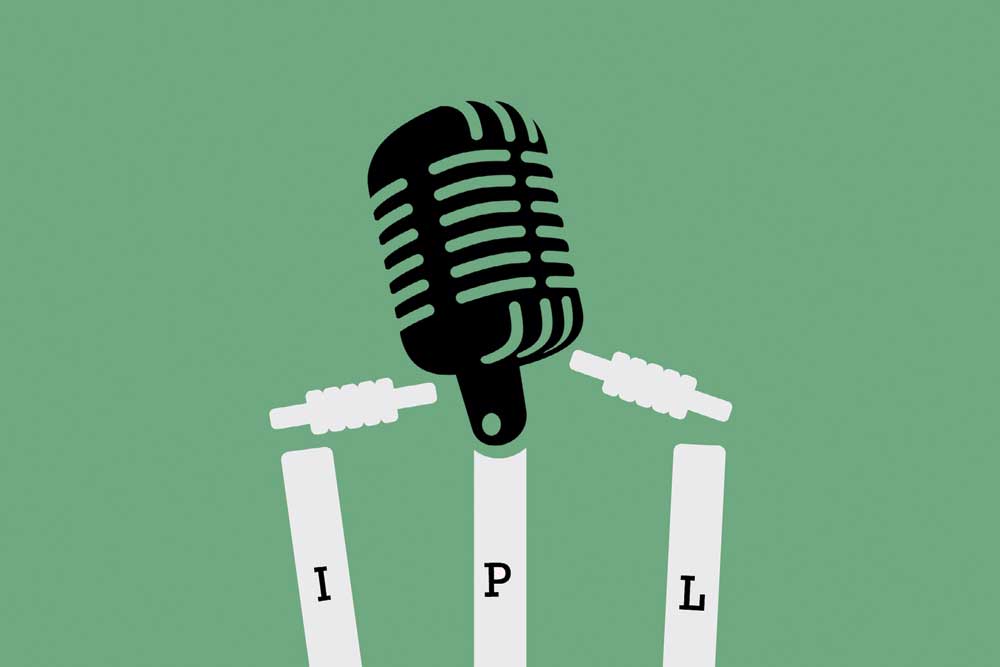 NO INDIAN CRICKET captain in recent times has been more umbilically tied with Chennai than Mahendra Singh Dhoni. During N Srinivasan’s Chennai-based reign as the dictator of BCCI, he co-opted Dhoni as part of his inner cricketing universe. It was a relationship that worked well for both parties and when Chennai Super Kings (CSK), Srinivasan’s IPL team, bought Dhoni to lead it, no one was surprised. And, yet, it is now Dhoni’s curious fate to somehow be forced to leave the shores of that city and get repeatedly pulled into Pune. When CSK was suspended for two years, Dhoni played for the Rising Pune Supergiant team. After he returned to CSK for this IPL, once again he finds that all the team’s home matches are now going to be played in Pune—because Chennai has been pronounced unsafe to host them.

A few things led up to it. When the match between CSK and Kolkata Knight Riders was being played on April 10th, a shoe came hurling out of the stands and fell near Ravindra Jadeja. He was a CSK player and it was a Chennaite who had thrown the shoe. Jadeja later tweeted an image of the offending projectile on the ground along with this line: ‘Still we have a lots of love and care for our csk fans.’ Then there was the fact that jerseys of the team had been burnt in another part of town. The team had done nothing to deserve such anger from the very people who had once showered them with adulation.

For this, the blame must fall on the unique dynamics of the politics of Tamil Nadu and a river by the name of Cauvery, which has for some time now been making Tamilians and their neighbours, Kannadigas, go into paroxysms of rage and violence. Its waters flow into both states, with Karnataka being along the upper dammed reaches and therefore with the power to regulate the flow. However, since it is part of India, it cannot unilaterally decide how much Tamil Nadu should have. The dispute goes back over a century and no committee or tribunal or solution or order to resolve it has made either party happy. The latest trigger was a Supreme Court judgment in February which reduced the amount of water that Tamil Nadu would get. Predictably, it led to outrage in the state.

This might still have been in the normal vein of things without any bearing on the IPL, if not for the fact that J Jayalalithaa, the Chief Minister who led the AIADMK, was dead, leaving a political vacuum the size of a giant black hole in the state. Being the autocrat she was, there was no second rung leadership in her party to take over the mantle. If the name of the current Tamil Nadu Chief Minister was asked in a quiz competition, most participants would lose the point. The opposition DMK is equally rudderless with its patriarch K Karunanidhi ailing at the age of 93. To fill the space that these leaders have vacated are a couple of superstars, Rajinikanth and Kamal Haasan, along with their fan clubs that now aspire to be the new political vanguard. You had the making of the perfect political storm: the splinter political organisations that find their moment in the sun through violence over an emotive regional issue, powerful upstarts out to make an impact piggybacking on such a movement and, finally, in IPL, an event they can target so that the issue’s resonance reaches the rest of the country.

Two days before the match, Rajinikanth said that it might be better for the match not to be organised in Chennai and termed it an ‘embarrassment’. If it went ahead, he suggested CSK players wear black bands in solidarity. It was an absurd demand to ask players from different parts of the country and abroad to take a political stand on an issue that is of no concern to them. Plus, they also have to go to Karnataka to play and it is easy to imagine how they would be received there after making such a protest. Rajinikanth was speaking in the backdrop of an event by the Tamil film industry to protest against the delay in the formation of a Cauvery Management Board as ordered by the Supreme Court. Kamal Haasan was also present at the event, making it a double endorsement of sorts. TTV Dinakaran, who as nephew of Jayalalithaa’s arrested confidante Sasikala, leads an offshoot of the AIADMK, had also called for a ban on the IPL. MK Stalin, Karunanidhi’s son and DMK’s heir apparent, issued a veiled caution, asking the League’s organisers to take an appropriate decision.

There was really no hope for IPL in Chennai once the prevailing wisdom had it that hosting it was to go against the Cauvery agitation. If cricket has been a religion of the masses in India, then it is inevitably also a political weapon. The late Shiv Sena leader Bal Thackeray started the trend, using the hatred that Indians feel towards Pakistan to forcibly prevent matches being hosted with that country’s team. He was wildly successful at the publicity he got for what was negligible effort. It took just a few of his thugs to vandalise a pitch and block a match— like it took just a shoe to make Chennai a no-go IPL zone.