Nirav Modi: Diamonds Are Not Forever 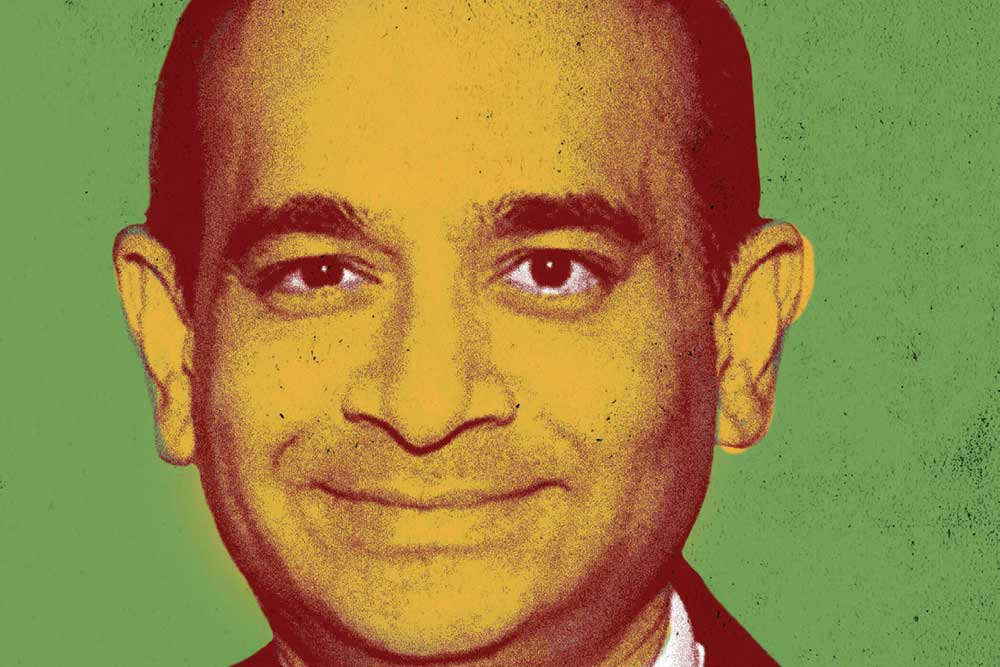 BACK IN 2010, at a Christie’s auction in Hong Kong, the work of a little-known—until then—Indian jeweller took the world by storm. It was a diamond necklace with a pear-shaped flawless Golconda diamond of 12.29 carats at the centre. Supporting the Golconda diamond were 34 equally rare pink diamonds from Australia’s Argyle mine. The necklace, called the Golconda Lotus Necklace, went for Rs 16.29 crore.

The auction announced its creator Nirav Modi to the world. Since then, emerging almost out of nowhere, Modi has blazed a trail internationally, leaving in his comet tail a string of designer stores on some of most popular high streets in the world, from Madison Avenue in New York to Macau and Hong Kong. His pieces have gone on to find even more recognition. One such set went for $5.1 million at a Sotheby’s auction. Newspapers ran pieces on his reticence, his ambitions of opening 100 stores by 2020, his fondness for expensive paintings and clothes. He became the first Indian jeweller to be featured on the cover of a Christie’s auction catalogue. His glittering pieces found themselves on the necks of global celebrities from Kate Winslet and Naomi Watts to Nirav Modi’s brand ambassador Priyanka Chopra.

It was remarkable because Modi achieved all this in a very short time. His first store was set up in Delhi in 2010. He began designing jewellery, on the insistence of a friend, just a year before that.

But now it seems to have been a mirage. Modi has been accused by Punjab National Bank (PNB) of fraud amounting to Rs 11,400 crore. CBI is probing the alleged involvement of bank officials (10 have apparently been suspended), while the Enforcement Directorate is reportedly looking to see if there has been any violation of foreign exchange and anti- money laundering regulations. The Reserve Bank of India is said to be keeping a close eye on the scandal.

By the allegations, some firms which have Modi, his brother, wife and uncle (Mehul Choksi of Gitanjali Gems) as partners managed to obtain Buyer’s Credit overseas on the basis of fraudulent guarantees of payment. Buyer’s Credit is a common mode of transaction in international trade: a bank abroad extends credit to, say, an Indian importer to buy goods (or services) on the strength of a letter issued by a bank in the home country assuring it that equivalent funds would be sent overseas.

In the case of Modi’s companies, the domestic bank was PNB, and it appears to have found rogue members of its own staff issuing letters of credit without the proper documentation, diligence and accounting back-up. According to its complaint to the CBI, these staffers had secretly been aiding the companies without making the requisite entries in the bank’s system to avoid detection. The complaint also alleges that in many instances, the funds raised were not utilised for the stated purpose.

Modi, born in India but raised in Antwerp, is said to have had diamonds in his DNA. All of his family, from his grandfather to his father and uncle were diamond traders. Modi quit his studies and returned to India when he was just 19, to learn the basics of the trade from his mentor Choksi.

For all his success, Modi at heart is said to be a hard-nosed Gujarati trader with a feel for business opportunity. He started his diamond trading business Firestar Diamond—which he has now reportedly offered to sell off to pay banks back—and then made the next big jump, from a shrewd diamantaire to a designer of couture jewellery. When asked about this, he once told an interviewer, “Diamantaires are diamond dealers. So they buy diamonds, polish and then sell diamonds. It is a trading mentality. Jewellery making is more about creation.”

Now the future of an empire built so quickly and rapidly on a string of exquisite jewellery is looking decidedly fragile.