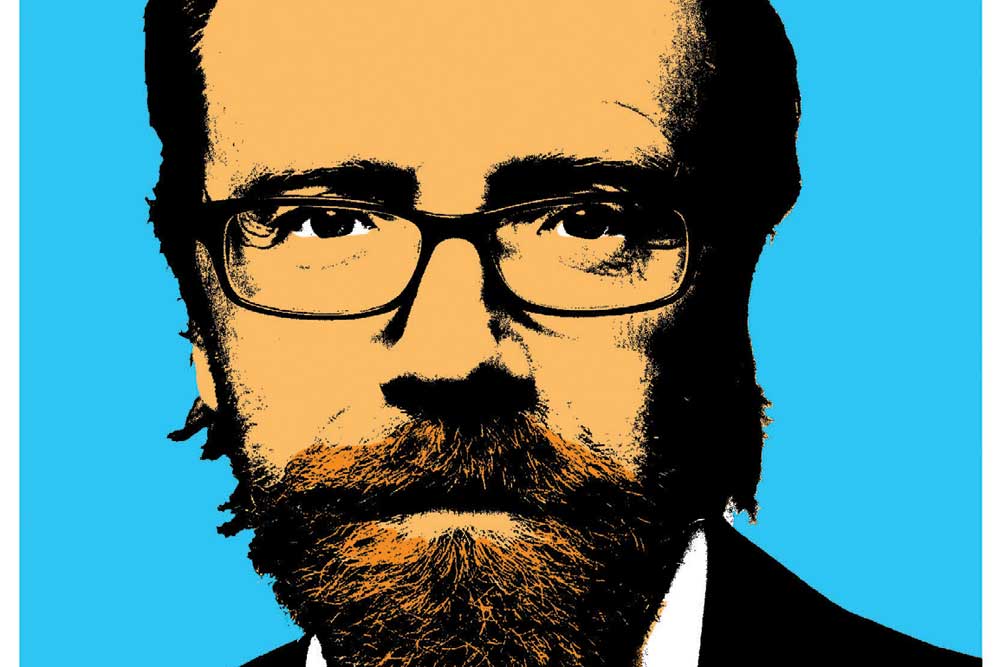 WHEN AUTHORS WRITE, they have different agendas. They might want to scare a reader or enlighten her, or take her on a journey. But when it comes to 58-year-old American writer George Saunders, he has a different mission altogether. He wants to befuddle readers. For him, a bad story is one where the reader knows what is going to happen, why it will happen and how. A good story, on the other hand, will embed a reader in a bioscope. Saunders says that telling a good story is “like the curtain has been pulled back and she has got a glimpse of a deeper truth.” With the Man Booker Prize-winning Lincoln in the Bardo, Saunders does just that. He takes the form of a novel, the story of a grieving father (none other than President Abraham Lincoln) and puts them together in a way that makes you feel you are ‘reading fiction for the first time.’ The novel deals with the pet themes of fiction—death and loss, life and the afterlife, but the way he splices fact with whimsy makes the book feel like poetry, prose and play combined.

Zadie Smith, a formidable author herself, interviewed Saunders earlier this year for his debut novel. Smith describes his work best: ‘Within the universe of American writing, there really is a continent called GeorgeSaunders-Land, where the people speak funny, and the social contract has either broken down or been bent out of all recognition, and our most intimate lives feel like reenactments of something we maybe saw on TV. If he were just a vicious satirist, he would still be hugely enjoyable, but what sets him apart is his willingness not only to go into the heart of darkness but to suggest possible routes out.’ Lincoln goes into the heart of a parent’s grief. And it finds routes out of that miasma in the most unexpected way— by bringing in a cacophony of ghosts.

When Saunders sent Smith the manuscript of Lincoln, she received them as loose pages. The lack of the staple or paper clip shows just how completely Saunders has re-imagined the novel. While the book is a deeply imaginative work, it is also a researched historic work that delves into 1862 and the American Civil War. Chunks of the book are made up of verbatim quotes from various historical sources, which have been cut up and rearranged to form part of the narrative.

A professor of creative writing at Syracuse University, the US, Saunders has made a name for himself over the decades as a short story writer. His bevy of awards (even before the Booker) includes the PEN/Malamud Award, Folio Prize and the MacArthur Fellowship. Saunders’ unusual background distinguishes him from most literary types. For nearly a decade, he worked as a technical writer and geophysical engineer for an environmental engineering firm in Rochester, New York. He also worked with an oil exploration crew in Sumatra. In 1997, he joined Syracuse University.

In ‘My Writing Education: A Time Line’ (published in The New Yorker), Saunders writes about his trajectory from a student of writing to a professor of it. The article is incredible for its humility and humour. Describing his first days at Syracuse Creative Writing Program (1986), he talks about his awe for his first mentors and teachers. He writes, ‘It is somehow mind-blowing, this notion that the people who write books also, you know, live: go to the store and walk around campus and sit in a particular office and so on.’ It is that humility that he brings to the page itself. And that humility which makes him see endless revisions of drafts as an ‘act of love’; for ‘in revising your reader up, you revise yourself up too’.