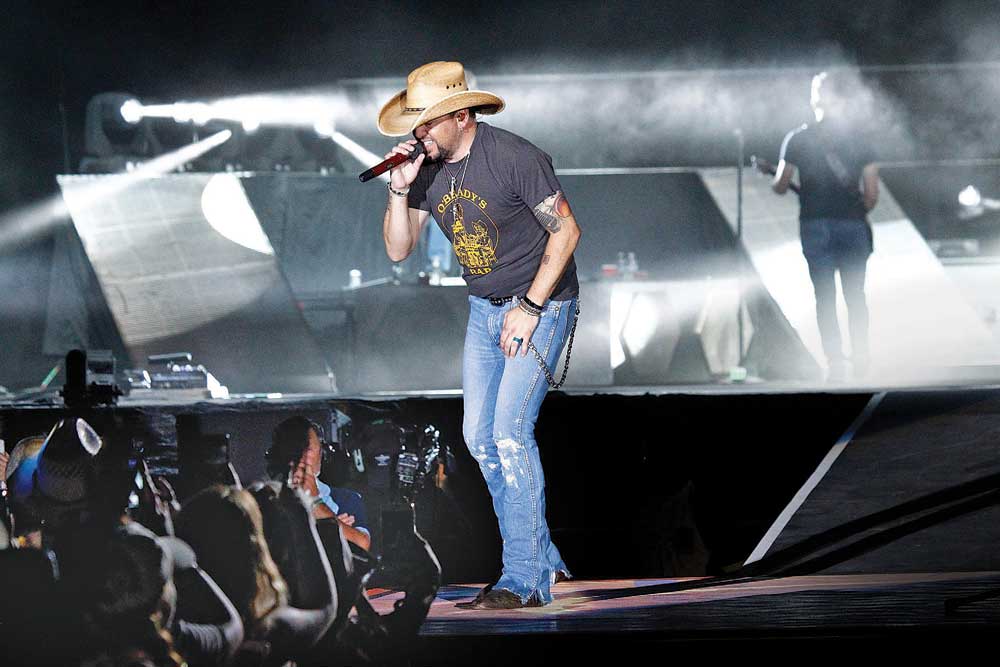 IN ONE OF the worst mass murders in recent times, Stephen Paddock killed 58 and wounded more than 450 in Las Vegas, and yet, the question of his motive remains unanswered. ISIS has claimed that it was a terror attack and called Paddock its soldier who went under the name of Abu Abd el-Bar al-Amriki. As the New York Times correspondent, Rukmini Callimachi, who tracks ISIS, has often stated, the terrorist organisation usually does not falsely claim ownership of attacks but she thinks that this might be an exception. Then there is the theory that ISIS is claiming responsibility because it is a failing organisation and wants to capitalise on an attack whose scale has two components to it—that it was horrendously successful and that it happened in Las Vegas, one of the cultural capitals of the United States.

Location is important in standard operating procedures of terrorism. Ajmal Kasab and gang attacked Mumbai in 2008, and not any mofussil Konkan town further along the coast, because the intent was for the act to resonate widely and magnify fear. This was also why Osama bin Laden chose the twin towers in New York for the 2001 attacks. Las Vegas was not a random selection. Even if Paddock was not an ISIS agent, he wanted the volume of whatever message he was sending to be heard by the whole wide world.

Vegas represents America in all its magnificence and flawed self-confidence. From an arid valley, they carved out a glittering dream, where the greatest performers would spectacle themselves to the whirr of slot machines and roulette tables. And underneath this orgasmic vision were sordid elements that remain invisible or are romanticised. Like, in 2013, when San Francisco sued because Nevada was putting homeless patients from a public hospital in Las Vegas on a bus and dumping them in their city. Vegas does not like the sight of the poor marring its landscape. And before that, the gambling heaven had as its visionary the underworld, beginning with Bugsy Siegel, who in 1946 opened the Flamingo hotel and casino. What lured him was the legal gambling of Nevada and every gangster wants legitimacy after a point. Siegel made such a success out of Flamingo that more mobsters followed and casinos became an effective operation for money laundering. It was not all criminal; even Howard Hughes had stakes in Las Vegas. Eventually, everything with the smell of profit gets corporatised. Men in suits started to think of ways to get customers into casinos because only one thing is certain—the house always wins, the difficult part is to get gamblers to come.

And so casinos became a venue for legendary musicians and boxing matches. A 2014 article in Bleacher Report with the headline ‘How Las Vegas Became the Boxing Capital of the World’ noted: ‘Almost every other sport has homes—places of import around the country and even the globe. Not so boxing. A product of economics and tradition, in boxing there’s Las Vegas, and then there’s every place else.’ Muhammad Ali, George Foreman, in today’s times Floyd Mayweather, you name it, all the boxing greats have fed off Vegas. The article talks about how Caesars Palace saw the business model over boxing in the 1970s: ‘Boxers would bring in whales—gamblers who were willing and able to lose up to $50,000 or more during the course of a weekend. That alone made the contests worth Caesars’ while. The additional income generated by the gate and television was whipped cream on an already tasty sundae.’ Caesars was also where Frank Sinatra sang.

When Paddock gathered his 23 guns in a suite in the Mandalay Bay, from that vantage point he had a unhindered view of the Las Vegas strip. It is the heart of the city, where its best known resorts and casinos are concentrated. This is where the big events are held. And Paddock’s victims were also present to for a music festival. There were 22,000 of them there, people who came to revel in the safety and promise of the American mode of being. There was nothing about the uncertainty of chance when they ventured out that evening; that is the promise that America has long made to its people and that is increasingly being called to question with a new form of terror entering its shores.

As a professional gambler, it was natural that Paddock would be in Vegas. A New York Times profile on him as a gambler is interesting. He focused on video poker machines and, said the article, ‘He would sit in front of them for hours, often wagering more than $100 a hand. The way he played—instinctually, decisively, calculatingly, silently, with little movement beyond his shifting eyes and nimble fingers—meant he could play several hundred hands an hour. Casino hosts knew him well… The relative anonymity fit his personality in many ways—a solitary pursuit that exercised his calculating mind. “He was a math guy,” Eric Paddock, his youngest brother, said. “He could tell you off the top of his head what the odds were down to a tenth of a percent on whatever machine he was playing. He studied it like it was a Ph.D. thing. It was not silly gambling. It was work.”.’

The word they used for his gambling style was ‘methodical’. We don’t know at what point he went berserk or acquired terrorist stripes, but once he had made up his mind, where and how the attack would be seems almost predestined.