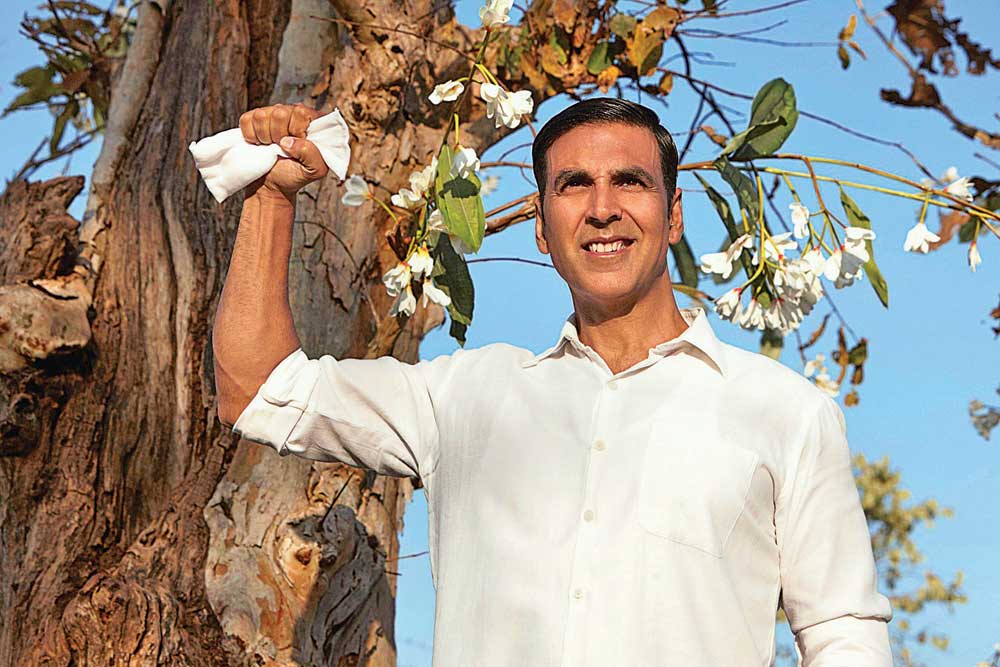 AS ANY GOOD brand manager will tell you, an actor is in need of not just a good script—he also needs an image. An image that through his films, advertisements and public persona, he hopes will stick. Of course, it helps if this image goes well with whatever has currency at that moment in time.

For a long phase in cinema, the triumvirate that lorded over Bollywood, the three Khans, had the audience chalked up neatly as followers of three distinct images. The film theorist will probably point out that their ascent came with a turning point for India: the opening up of its economy. You had Aamir Khan as the hero of the ‘thinking audience’, a role he continues to play very well till this date. You had Shah Rukh Khan take on the image of the middle-class romantic hero. And you had Salman Khan, who through his action and comedy films, became classified as the hero of the masses. Each of them, except Salman perhaps, actively lived up to his image even outside of the cinema halls. Salman and Aamir are still served handsomely by their image. The latter manages to make a success of his films by maximising curiosity, taking on diametrically opposite characters, growing or shortening his hair, twirling or untwisting his moustache, losing or gaining weight. As Shah Rukh ages, reports of yet another middling audience reception tell us that he appears in need of an image makeover. He cannot take the romantic hero in himself for granted much longer.

In more recent times, unassumingly and quietly, Akshay Kumar, who has forever been hovering around Khan territory as Hindi cinema’s fourth superstar, has managed to successfully carve out a new image for himself. After a film of his last year on the theme of India’s lavatory deficit, he now has a new film out on sanitary pads. In between, there was one as a lawyer with a conscience fighting for the family of a fake police encounter victim. His last few films have a uniquely Indian social cause or a nationalist or patriotic theme at their heart. They almost invariably release around August 15th or January 26th. Even his latest film, Padman, was supposed to have hit screens during the Republic Day holiday, but had to be postponed to avert a clash with Sanjay Leela Bhansali’s much talked-about Padmaavat.

What Akshay Kumar has done is smartly identified the moment in time. He is the hero of a new India, all the things it talks about and concerns itself with. He is the patriot and the nationalist, the man who cares for the Army and raises money for them, the one who wants to build toilets and sell low-cost sanitary napkins. In a way, he is Manoj Kumar reinvented and repackaged for today.

Akshay Kumar has a different business model compared to other superstars. Unlike his peers, he does not do one or two films a year. His aim is not to make a Rs 300-crore film. What he does instead, with a clever selection of roles and themes, is work with less known directors and less established female actors, on smaller productions with lower budgets. And he is also rather prolific by the standards of superstars, working in about four or five films a year. Instead of making one mega- budget film every year, he aims to do four or five Rs 100 and 150 crore films annually.

By all accounts, Akshay Kumar has been consistently successful. To draw the audience once every three months into a cinema hall, despite the clutter of the modern age, takes some doing. And here an image which factors in the burning issues of the day can be useful.

Akshay Kumar began as an action star and then achieved great success working the comedy genre. His latest makeover seems to have proved just as sticky.