A Sufi Rejoinder to Radicalisation 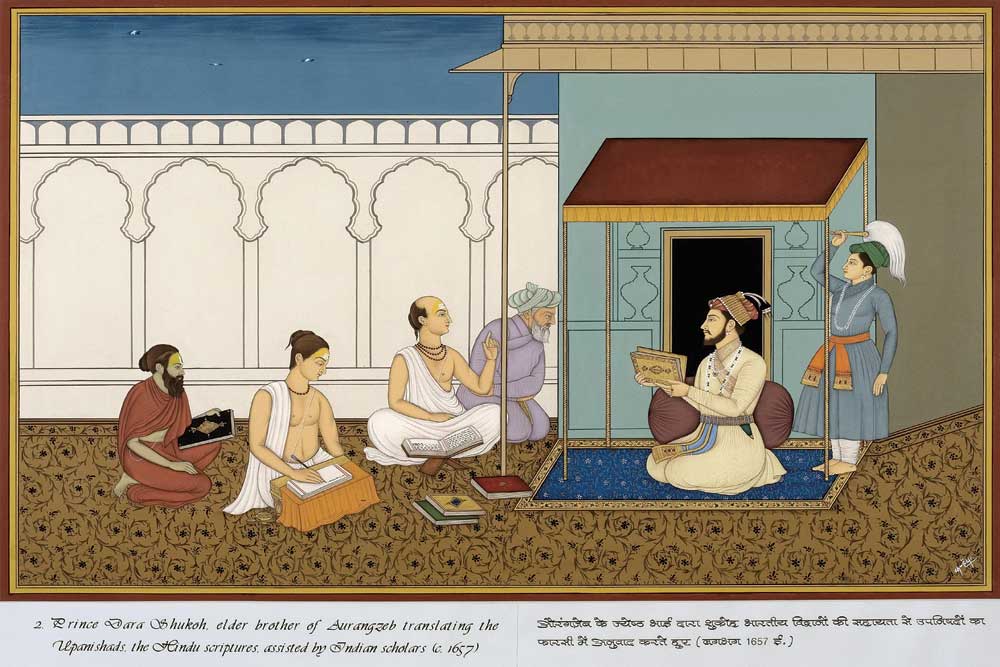 I AM BORN FRENCH and Christian educated. My father, a very good man, was a staunch Catholic, whom I adored; my uncle, whom I also doted on, was a parish priest of the famous Montmartre church in Paris. When I first came to India, I did not know the difference between a Sikh, a Buddhist, a Parsi, a Muslim or a Hindu. My knowledge of India was limited to the clichés that most foreigners have about this country: poverty, castes, fakirs, ‘Hindu fundamentalism’, etcetera.

Then, in the 90s, I extensively covered Kashmir as a journalist when militancy was at its worst and Srinagar constantly under curfew. It is there that I saw 350,000 innocent people chased out of their ancestral lands and homes by terror, just because they were Hindus, becoming refugees in their own country. I was present too, when the last Sufi shrine of Kashmir, the beautiful wooden Charar-e-Sharief was burnt to the ground by militants in 1995.

I decided then to do something about it. When I got the Nachiketa Award of Journalism in 2005 at the hands of then Prime Minister Atal Bihari Vajpayee, it came with a cheque of Rs 50,000. My wife Namrita and I used it to start the Foundation Against Continuing Terrorism (FACT). We opened our first exhibition on Kashmiri Pandits at Habitat Centre, Delhi. We then took it all over the world, thanks to Sri Sri Ravi Shankar, who was deeply moved on seeing the film, And The World Remained Silent, that accompanied the exhibition. It culminated in a show to the US Congress which in 2008 passed a resolution on safeguarding the safety and security of Kashmiri Pandits.

I started studying Indian history and Sufism. I learnt all that I could about Aurangzeb and his brother Dara Shukoh, who dialogued with all religions. With the latter’s execution by his brother who took over the Mughal throne, Sufism suffered a setback in India. Today, Aurangzeb’s hard and intolerant brand of Islam has taken over many parts of the world, including Kashmir, where Sufism has fast been disappearing.

Our exhibition on Dara Shukoh at the Indira Gandhi National Centre for Arts, Delhi, is meant to honour his memory and to show that Sufism is an answer to the radicalisation of Muslims, from which even the educated don’t seem immune. Indian Sufism was born in India as a marvellous blend of Vedantic and Islamic thought and could again spread across the world from India in the 21st century. These exhibitions are thus of a precursor to that. Buddhism and Sufism have shown the world that the middle path is the ideal one.

Titled Dara Shikoh, the Forgotten Prince of Islam, the exhibition, curated by V Bhatnagar, historian and former fellow at the Indian Institute of Advanced Study, Shimla, is based on original edicts in Persian issued by Aurangzeb, preserved at the Bikaner Museum, Rajasthan. All the paintings are originals done by our team of Jaipur painters in the ancient miniature style and based on historical scenes.

FACT has conducted exhibitions on minorities in Bangladesh, Naxalism, Maharana Pratap, Ahilyabai Holkar and other heroes and heroines of India. We had so many exhibits that Sri Sri Ravi Shankar gave us five acres of land in Pune to build a Museum of Indian History dedicated to Shivaji Maharaj. Today it has 14 pavilions, each housing a unique exhibition from Shivaji to Aurangzeb as well as a beautiful temple dedicated to Bharat Mata.

Building a Museum of Indian History is a difficult and dangerous task because history has become a very touchy subject in India. It has been mostly suppressed and written by the British according to their whims. We faced threats from many quarters, land problems, show-cause notices from the police and financial issues. Corporates were wary of donating money. Often, my wife and I were not sure how to pay monthly salaries and meet recurring expenses. Namrita and I do it as a service, keeping our respective jobs, she as a textile designer, me as a journalist and writer, to sustain ourselves. Faced with the difficulties, I thought of stopping the museum project often, but what kept me going was my love for India and my wife’s unflinching support. I also feel I owe a debt to India, who gave me so much in so many different ways—spiritually, sentimentally and professionally.

Faithfulness has been a quality I cherish. When people are young, it’s easy to have ideals, but as we grow old or when we come to power, we tend to lose sight of them. We become conservative or adopt the VVIP culture. This exhibition on Dara Shukoh and the Shivaji Maharaj Museum of Indian History in Pune are my acts of faith to my youthful ideals and to this wonderful country.

(The exhibition on Dara Shukoh is on at IGNCA, Janpath, till February 21st)