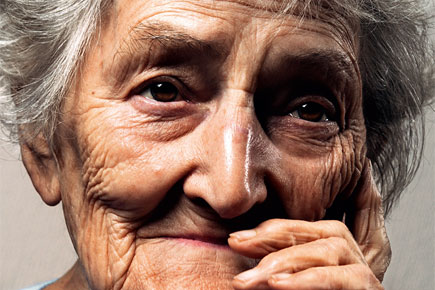 
Why do women live longer than men—according to reports, on an average, by as much as five to six years?

Some scientists believe they have found the answer, and have dubbed it the ‘Mother’s Curse.’ According to a study published in Current Biology, an evolutionary ‘loophole’ in the mitochondria, the parts of our cells that convert food molecules into energy, explains why males of many species live shorter lives than their female counterparts.

The mitochondria have their own DNA, separate from the DNA that resides in the nucleus of cells. According to the researchers—led by Dr Damian Dowling and Florencia Camus of Monash University in Australia—in almost all species, mitochondrial DNA is passed down solely from mother to child. This direct line of inheritance may allow harmful mutations to accumulate. And while natural selection helps keep harmful mutations to a minimum by ensuring they’re not passed down to offspring, the researchers argue that if a mitochondrial DNA mutation is dangerous only to males and doesn’t harm females, there’s nothing to stop mom from passing it to her offspring.

The researchers took fruit flies with standardised nuclear genomes and inserted mitochondrial DNA from 13 different fruit-fly populations around the world. While plenty of variation in terms of male ageing and longevity was found, the researchers claim that no such variation in female parameters of ageing was seen.

‘All animals possess mitochondria, and the tendency for females to outlive males is common to many different species. Our results therefore suggest that the mitochondrial mutations we have uncovered will generally cause faster male ageing across the animal kingdom… These findings offer a new and compelling explanation to one of life’s greatest puzzles— why the female of many species, including humans, live longer than the males,’ writes Dr Dowling.

The team of researchers had earlier published another study, which showed how mitochondrial DNA harbours mutations which interfere with male fertility, but which do not have similar harmful effects on female fertility. This latest research implicates the ‘Mother’s Curse’ as a key player in evolution, since both male reproduction and male ageing are affected by mitochondrial DNA passed on by the mother.