The plus side of obesity

If you are overweight as a middle-ager, you are less likely to get old-age dementia 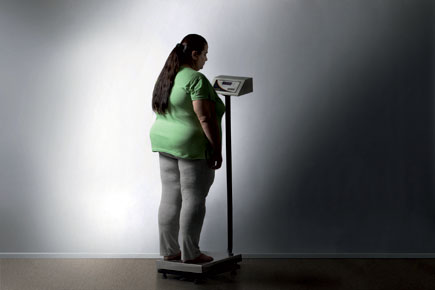 Obesity, according to our understanding of medical science, is a harmful condition. It is an indicator of a sedentary and unfit lifestyle and can lead to a number of chronic ailments, from diabetes to cardiac and liver diseases.

However, a new study has made a baffling discovery. According to the researchers who did this study, individuals who are overweight or obese during their middle age are significantly less likely to get old-age dementia than those who are underweight. This study, which was conducted by British researchers and published in The Lancet Diabetes & Endocrinology, runs contrary to current health advice and rattles previous notions about the harmful effects of obesity.

For this large study, the researchers analysed the medical records of nearly two million people with an average age of 55 years and an average body mass index (BMI) of 26.5. During the nine year follow-up period, around 50,000 people developed dementia. But they found that those with the highest BMIs were the least likely to suffer. Underweight people, they found, had a 30 per cent greater risk of being diagnosed with the condition than normal weight people, and the chances of developing the disorder gradually declined as participants gained more weight. In fact, according to the study, very obese people, with a BMI over 40, were 29 per cent less likely to get dementia 15 years later than those in the normal weight category.

According to the researches, they embarked upon the study because obesity in middle age had been proposed as a risk factor for dementia in old age. Yet, their investigation reveals something completely unexpected. Explaining that the subject needs further study before their findings can be clearly understood, the authors write in the journal, ‘Being underweight in middle age and old age carries an increased risk of dementia over two decades. Our results contradict the hypothesis that obesity in middle age could increase the risk of dementia in old age. The reasons for and public health consequences of these findings need further investigation.’