Most tumours are not caused by lifestyle habits or faulty genes, but plain bad luck 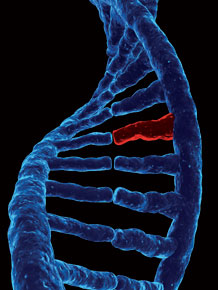 Most tumours are not caused by lifestyle habits or faulty genes, but plain bad luck

For years, we have been warned that an unhealthy lifestyle along with inherited genetic faults can lead to cancerous tumours. A new study, however, finds that while these elements still increase the chances of developing cancer, much of the risk boils down to a roll of dice.

The study, conducted by researchers from Johns Hopkins University School of Medicine in the US, found that the majority of cancers are simply the result of bad luck. The study finds that two thirds of cancers are caused by chance mutations. Of the 31 cancers studied, only nine were found to be linked to lifestyle or genetic faults. The remaining 22 were driven by random mistakes in cell division, with DNA and lifestyle only having a small impact.

Cancers are known to arise when tissue-specific stem cells make random mistakes, or mutations, when one chemical letter of the DNA is incorrectly swapped for another during the replication process of cell division. The researchers found the more cell mutations that occur, the higher the rate of cancer, suggesting that these random errors in replication—rather than outside environmental forces—were causing tumours. They also discovered that the more cells need to divide to stay healthy, higher the chances of developing cancer. Hence, for instance, colon cancers are more common than those of the small intestine, since cells in the colon divide twice as fast in comparison with those of the upper bowel. However, cancers of the lung and skin showed higher rates than their cell mutations should predict, indicating that genetics and lifestyle also contribute to the risk.

The authors of the study write in the journal Science: ‘Some tissue types give rise to human cancers millions of times more often than other tissue types. Although this has been recognized for more than a century, it has never been explained. Here, we show that the lifetime risk of cancers of many different types is strongly correlated with the total number of divisions of the normal self-renewing cells maintaining that tissue’s homeostasis. These results suggest that… the majority (of cancer) is due to ‘bad luck’.’