Why men with large testicles are poor parents 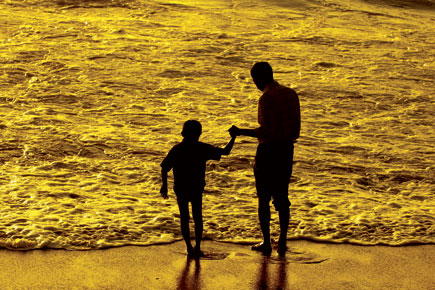 Why men with large testicles are poor parents


A new study has found that the size of a man’s testicles has an influence on how good a father he tends to be. According to the study, which was conducted by researchers of Emory University in Atlanta, US, and published in Proceedings of the National Academy of Sciences, those with smaller testicles tend to be better parents than those with large ones. The researchers argue that this occurs because of an evolutionary trade off—either focus on mating or put that energy into raising children.

A total of 70 men were studied for this research. They were all living with their partners and had children aged between one and two. The researchers probed the men on details of their parenting. They also showed the men photographs of their children and analysed their brain activity while they were doing so, by using an MRI scanner. The researchers then measured the participants’ testicles, and from their blood samples measured their testosterone levels. The sizes of their testicles varied considerably—from those that were a little more than a tablespoon in volume to those as large as a quarter cup.

The researchers claim that larger testicles are linked with higher testosterone levels and sperm counts as well as increased promiscuity.

Thus some men are biologically predisposed to being poor fathers. They argue that their findings suggest that humans are subject to an evolutionary principle called Life History Theory. This theory states that males tend to make a trade-off between investing their effort in fertilising females and helping rear offspring. The study, however, assumes that testes size does not change after becoming a father. However, many people believe that men’s testicles shrink with age and their testosterone levels go down once they become fathers.