Men and the Flu

The male tendency to exaggerate flu symptoms finds support, as a new study suggests why this could be so. 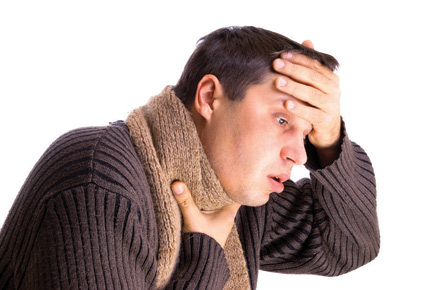 The male tendency to exaggerate flu symptoms finds support, as a new study suggests why this could be so.


The online urban dictionary defines the trait of man flu as, ‘The condition shared by all males wherein a common illness (usually a mild cold) is presented by the patient as life-threatening. This is also known as ‘Fishing for Sympathy’ or ‘Chronic Exaggeration’.’ But is this trait a purely psychological condition or is it rooted in their physiology? A new study by Cambridge scientists Oliver Restif and William Amos titled, ‘The evolution of sex-specific immune defences’ published in Proceedings of the Royal Society B(iological Sciences) suggests a plausible scenario. Their work is based on mathematical modelling and draws on ecological reasons rather than reproductive differences to explain the phenomenon.

The paper makes the paradoxical claim that ‘although different reproductive strategies … are not enough to select for different levels of immunity, males and females respond differently to further changes in the characteristics of either sex. For example, if males are more exposed to infection than females (e.g. for behavioural reasons), it is possible to see them evolve lower immunocompetence than females’. And the reason why males are more exposed to infection than females is attributed to their adventurous lifestyles, which include philandering. The model’s counterintuitive prediction was that this lifestyle puts them at a greater risk of infection, which, rather than strengthening their immune systems, weakens it because it would make more evolutionary sense to invest in the ability to mate than in a stronger immune system—simply put, ‘live fast, die young’.

According to Dr Restif, “An increase in male susceptibility or exposure to infection favours the spread of the pathogen in the whole population and therefore tends to select for higher resistance or tolerance in both sexes if the cost of immunity is essential. But above a certain level of exposure, the benefit of rapid recovery in males decreases owing to constant reinfection. This selects for lower resistance in males, ultimately leading to the counterintuitive situation where males with higher susceptibility or exposure to infection than females evolve lower immunocompetence.”