The study also finds that men drink less after marriage 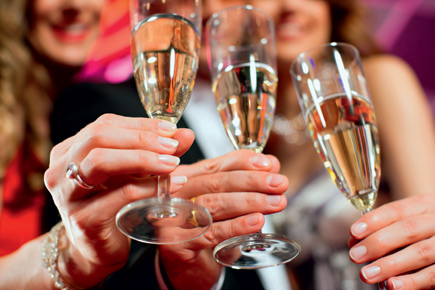 The study also finds that men drink less after marriage


According to a new study examining relationships and the use of alcohol, a long-term marriage curbs men’s drinking, but leads to higher levels of alcohol use among women.

The study, which was led by University of Cincinnati and recently presented at the Annual Meeting of the American Sociological Association, finds that marriage drives women to drink, not because they’re unhappy but because they’re influenced by their husbands’ alcohol consumption. Men, on average, drink more than women. However, married men drink less than their single and divorced counterparts. According to the study, divorced men are at a particularly high risk of alcohol abuse.

The new study is the first to look at alcohol use among those who are single, divorced and widowed. The researchers examined data from 5,305 men and women from Wisconsin, US, who answered questionnaires about alcohol use in 1993 and then again in 2004. The participants reported how many drinks they consumed in a month and whether they had any history of drinking problems. Interviews were also conducted with a number of respondents during the past decade.

Apart from confirming that married men drink less than singles, the new study shows that married women actually drink more on average than women who were never married, divorced or widowed. In fact, alcohol use among women sharply decreases after a divorce. According to the study, most women start to drink more during marriage because their husbands drink, and some of them said they enjoy drinking together as a couple.