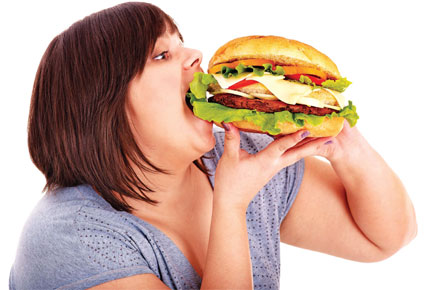 
Obesity, it turns out, is not just a serious health hazard but also an environmental problem. According to a new study, our fast growing waistlines are exerting an extra weight that’s the equivalent of 242 million people on Earth.

Researchers from the London School of Hygiene and Tropical Medicine, who conducted the study, claim that tackling population weight is crucial for food security and ecological sustainability. The study found that the extra weight carried by fat people is in all likelihood having the same implications for world food energy demands as an extra one billion people.

This figure looks even more alarming when one considers the United Nations (UN) prediction that by 2050 there could be 2.3 billion more people on the planet. The researchers estimated that the current adult human population weighs about 287 million tonnes, 15 million of which is due to needless flab and 3.5 million due to outright obesity.

Writing in the journal BMC Public Health, the researchers say: ‘United Nations world population projections suggest that by 2050 there could be an additional 2.3 billion people. The ecological implications of rising population numbers will be exacerbated by increases in average body mass.’ Their argument is simple. More body mass takes more energy to maintain; therefore, as someone’s weight goes up, so do the calories s/he needs to exist.

Using data from around the world for 2005, the scientists used body mass indexes (BMI) and height distributions to estimate average adult body mass. They then multiplied these results by population size to get a total mass, referred to as ‘biomass’. The collective mass of the adult population in 2005 due to obesity was 3.5 million tonnes, they calculated.