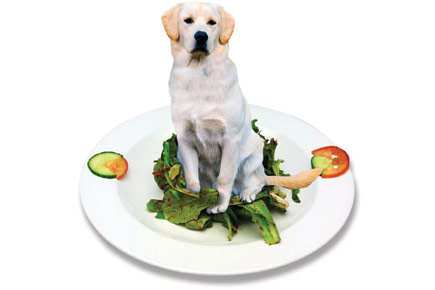 
Animal lovers across the world make no secret of their dislike for the East Asian practice of consuming dog meat. But recent research suggests that dogs are around in the first place only because someone treasured their meat. It seems they were first tamed and bred for meat 16,000 years ago on the southern shores of the Yangtze River. According to Peter Savolainen, a biologist and member of the research team at the Royal Institute of Technology (KTH) in Stockholm, ‘The original dogs, unlike their descendents in Europe, which were used as herders and guard dogs, probably ended their lives in the stomachs of humans.’

Savolainen and his team had suggested an East Asian origin for the dog in a paper in 2002. The work had been challenged recently by research on the species in Africa, which seemed to suggest the genetic diversity there matched the diversity in East Asia. But the latest paper published in Molecular Biology and Evolution shows that the gene pool of dogs in Europe and Africa is a subset of the gene pool of East Asia. For their work, the team first sampled over 1,500 animals drawn from Europe, Africa and Asia, with an emphasis on East Asia, and then sequenced almost the entire mitochondrial genome from eight wolves and 169 dogs. The sequencing has shown that dogs were domesticated just once from wolves in an area where the taming of wolves seems to have been prevalent.

Savolainen, who had first become interested in the area while working on the analysis of dog hair for forensic purposes, says that once he is done with this question, he may turn his attention to other species. “If nobody else does cats, I guess I will have to do it. I have done a few studies on other animals —for example, I was involved in a Chinese study on the origin of the yak —and we are planning to take a look at the domestication of horses also. But I think we have a lot to do for at least the next five years with dogs,’’ he says.